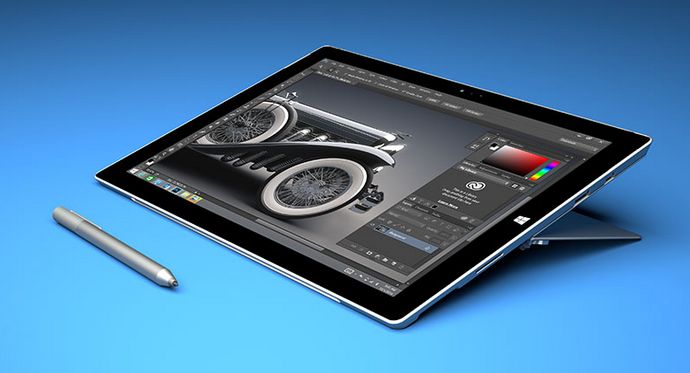 Surface Pro 4 release date, price and features – what we know so far

Microsoft has a big event scheduled for October 6, which will most likely see the unveiling of various flagship devices designed to work seamless with each other and of course, with Windows 10 Mobile. Probably the most anticipated out of all these devices is the Surface Pro 4, Microsoft’s upcoming convertible tablet. With the Surface Pro 4. the Redmond company is going to go up against Apple’s newly unveiled iPad Pro and co, whether it wants to or not.

The Surface Pro 4 is a curious case, as fans of its previous edition, the Surface Pro 3, have waited a long time for an upgrade in the line-up. Microsoft hasn’t openly talked about the Surface Pro 4 and its features, but CEO Satya Nadella did mention a couple of times over the year that the new hybrid device would be a big improvement over the predecessor.

Although the company hasn’t officially confirmed that the Surface Pro 4 release date would coincide with the October 6 event, that’s the only possibility at this point. The tablet-notebook hybrid computer is going to be the flagship for Windows 10 Mobile and for the new ecosystem that Microsoft is trying to implement between devices. The Surface Pro 4 is supposed to have Cortana integrated into every native app, and voice commands will be an integral part of the user experience of the device.

Also expected to make an appearance at the October event, the Microsoft Lumia 950 and Lumia 950 XL are supposed to work seamlessly when it comes to file sharing, integration and app switching features, in conjunction with the Surface Pro 4. The ecosystem between the new devices will aim to demonstrate that the company’s new OS, Windows 10, is a much more advanced operating system than ever before.

The Surface Pro 4 should be made available in two different sizes, a 12-inch and a 14-inch variant, both with QHD resolution. Microsoft is going to use the newest tech when it comes to hardware, and as such, we’re expecting to see either a fanless design with Core M configuration or a new Intel H series chipset. Most likely, the company will make three or more different configurations available once the 2-in-1 is released.

The base model of the Surface Pro 4 will feature a 12-inch QHD display, an Intel i3 processor, 4 GB RAM and 128 GB internal storage. A microSD card slot, USB Type-C, microHDMI, audio jack, 2 USB 3.0 ports and a a slightly redesigned kickstand are all expected to be part of the computer’s build. The second model will have the same screen ,but instead of the i3 chipset, i will sport an i5 one, with 8 GB RAM on board. There could also be a 256 GB variant of this one made available. The top tier model for the 12-inch Surface Pro 4 will harbor the Intel i7 processor, 8 GB RAM and 256 GB internal storage, but rumors about 16 GB RAM have also been heard, although I’d take them with a grain of salt, if I were you.

For the larger Surface Pro 4, the same configurations should be made available. Pricing will be crucial for the device if Microsoft wants to effectively compete against the already popular iPad Pro, which goes on sale in November. The Redmond company still has time for a strategy until then and it still has time to make the Surface Pro 4 as appealing as possible.

Expectations of the Surface Pro 4 price lay between $700 and $1600 for all models, with the base model being the cheapest version of them all. We’ve heard a couple of rumors about a cheaper price tag, maybe somewhere between $600 and $650 for the base model, and that might be the more suitable choice in the face of the premium iPad Pro. We also expect a new stylus and type cover to be introduced as optional accessories for the Surface Pro 4, and rumor has it both will include new features.

Since we don’t have to wait too long until the Surface Pro 4 is launched, excitement is growing in the community. There are high expectations of Microsoft and fans of the company are hoping that the Surface Pro 4 would bring a breath of fresh air into a market that has been struggling to get on top. It has every shot, though, judging by the success the Surface Pro 3 and Surface 3 have had this year. What would you like to see in the Surface Pro 4?

Tech Editor with lots of experience with PC hardware components, iOS and Windows-based mobile devices, and love keeping myself up-to-date with any developments in the industry, which I make my job in sharing with you, our readers.
Previous Survival of the virtual reality for this generation
Next Didn’t the iPad Pro kill the iPad Air 3? Some say no.