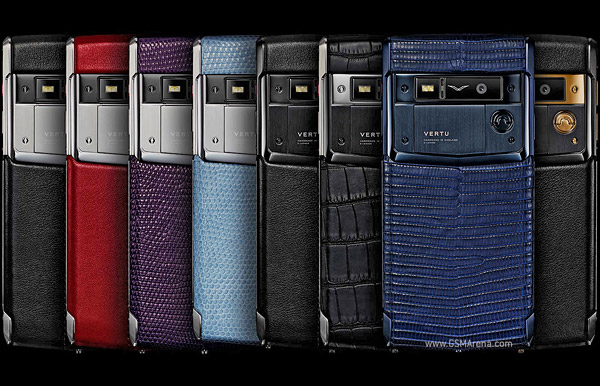 Vertu, the English smartphone manufacturer returns with an even better, more impressive, posh device, the new Signature Touch. Although not everyone can afford the $9.999 or more smartphone, we can still all dream of it. The new Signature Touch features a bigger, 5.2- inch 1080p display protected by a scratch- proof sapphire screen. Other improvements compared to the previous version include a more powerful, 3,160 mAh battery, the Quick Charge 2.0 feature, a more impressive LTE support and up to 300 Mbps of downlink via carrier aggregation. The new Signature Touch runs on Android 5.1 Lollipop and is equipped with a octa- core Snapdragon 810 processor. Another great enhancement added to Vertu’s new Signature Touch consists in the more than remarkable 4 GB RAM and the 64 GB internal storage which is further pushed by the 64 GB microSD card included, extendable to 2 TB.

The latest Signature Touch was also improved camera- wise with a 21 MP with f/2.2 aperture, dual- tone LED flash and phase detection auto-focus alongside 4K video recording. No changes were made to the front- facing camera which is the same 2.1 MP camera featured by the previous version. Other features that remained unchanged are the ceramic ear pillow, ruby key, front-facing stereo speakers, Qi wireless charging, NFC and the aptX Bluetooth audio, all of which were extremely well seen by users.

As far as the design goes, Vertu kept its style and the new Signature Touch is at least as eye- catching as its predecessor. The new Signature Touch is also made from titanium and features a luxurious leather back- panel. Speaking of the back- panel, there is a change in the new model, consisting in the round latch which can be twisted in order to flip open the new and dramatic gull- wing doors for accessing the Nano SIM slot and the microSD slot. Users will still find the signature of the person who was responsible for the making of the beautifully handcrafted device under the right flap.

Vertu still offers with the new Signature Touch its characteristic “Dedicated Concierge”, the service that provides one point of contact which is supposed to act as one user’s personal assistant. The service was modified in comparison with the one provided for the first Signature Touch by extending the complimentary concierge service with an additional 6- months period, making sure of user’s loyalty to the Vertu brand.

The new Signature Touch will be available for purchase globally from mid- October. As far as the prices go, the new Signature Touch will cost anywhere in between $9.999 to about $20.999 depending on the user’s choice regarding colors and materials: Jet Calf, Garnet Calf, Grape Lizard, Pure Jet Lizard, Jet Alligator, Pure Navy Alligator, Clous de Paris Alligator and Pure Jet Red Gold.

I have always been eager to try out any gadget I could get my hands on. I became a tech journalist so that I could always be around technology and see the newest devices. I use gadgets every day to make my work and life easier. I have enough experience to know If a device is actually improving my activity, offers something useful or new. I will post my honest opinions and judge a device as objectively as I can.
@https://twitter.com/Colin27Anderson
Previous Lenovo Vibe Shot Z90 – an interesting mid-ranger with 16MP camera
Next What to expect from the Galaxy S7