Home / Smartphones / Nexus 5X – everything you need to know 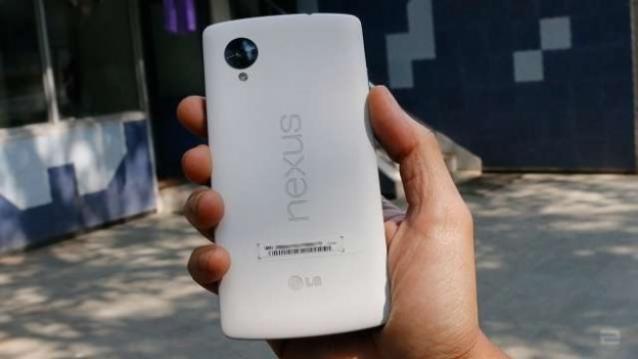 Nexus 5X – everything you need to know

The Nexus 5X is close to its release date on September 29 and everyone is excited to see what LG and Google cooked up for Android 6.0 Marshmallow this year. The Nexus 6P will be accompanied by Huawei’s Nexus 6P, the larger member of the family, as well as the Nexus 7 2015 variant of the tablet which might also be made by Huawei. The Nexus 5X is the most interesting of the launches as it will be a revamped version of the crowd favorite Nexus 5, which was launched more than two years ago now.

The Android community loves stock Android, and Android 6.0 Marshmallow, which is going to be on board the Nexus 5X, will be the highlight of the event. Although a visual overhaul of the software is not expected, seeing as Google announced that the new OS would be focused more on optimization and performance than anything else, a few new features should be present on the phone nonetheless.

The Nexus 5X is the first Nexus phone to feature a fingerprint sensor and apparently, the one that LG and Google chose might even be of better accuracy than Apple’s Touch ID. With the fingerprint sensor comes Android Pay, which will be an integral part of the user experience on Android 6.0 Marshmallow. With Samsung Pay and Apple Pay doing so well internationally, Android Pay will have a tough time making itself known just through the new Nexus line-up. The app is available globally for any Android phone, but the Nexus 5X will be the catalyst for adoption, so it’s an important step in Google product history.

Rumors put the Nexus 5X price at $350 unlocked for the base model, which is quite a competitive price. Seeing as the new iPhone 6S is well over $500 for the base model, LG and Google have a good shot at taking over the flagship market this year. Disappointments about the HTC One M9, Galaxy S6 and OnePlus 2 leave room for a great opportunity for the Nexus 5X, especially if the pricing is correct.

Being affordable is going to be the selling point of the Nexus 5X, as it was for its predecessor from 2013. Having the option of getting a future-proof phone with stock Android on board for only $350 is very appealing to Android fans who have voiced their flagship fatigue of this year. Samsung made headway with the S6 family, but HTC and LG failed to impress with their own flagships.

Under the hood, the Nexus 5X will come with the Qualcomm Snapdragon 808 CPU backed by 3 GB RAM, which is a setup similar to that of the LG G4. Performance should be stellar if we’re to believe all the leaked benchmark scores of the Nexus 5X, even though the Snapdragon 808 is not the most recent SoC that Qualcomm released. Android 6.0 will also play a major role in performance in battery life and Google anticipates a very good track record for the phone based on these.

Wireless charging and fast charging are also part of the expected setup of the Nexus 5X. A removable battery and microSD storage are out of the question, but apparently the base model will not start at 16 GB but instead at 32 GB, which is a much better value for money, especially if Android 6.0 occupies a lot of storage on the phone. Tiers are expected to go up to 128 GB internal storage, and the price for that should be around $450 or $500 for the Nexus 6P, a bit more for the Huawei Nexus 6P.

When the Nexus 5 2013 was launched, users had one serious complaint against it: the camera. Besides being slow, the camera post processing software was not as good as people had hoped and pictures often came out blurry and noisy. Google and LG are expected to focus and mend that issue and leaked specs sheets include a big 12 MP camera with optical image stabilization, dual-tone LED flash and laser autofocus. On the front, the Nexus 5X camera will measure 5 MP and might even have a flash, although that’s not very probable at this stage.

The Nexus 5X release date is set for September 29, so we’ve only a couple of days left until we can familiarize ourselves with the new handset. Although much of the specs and features of the handset have already been leaked, we still expect Google to surprise us with some innovative feature or other, so be sure to check back for more.

Tech Editor with lots of experience with PC hardware components, iOS and Windows-based mobile devices, and love keeping myself up-to-date with any developments in the industry, which I make my job in sharing with you, our readers.
Previous If it doesn’t bend, it’s not an iPhone – it’s an iPhone 6S
Next Common Nexus 5 bugs and fixes