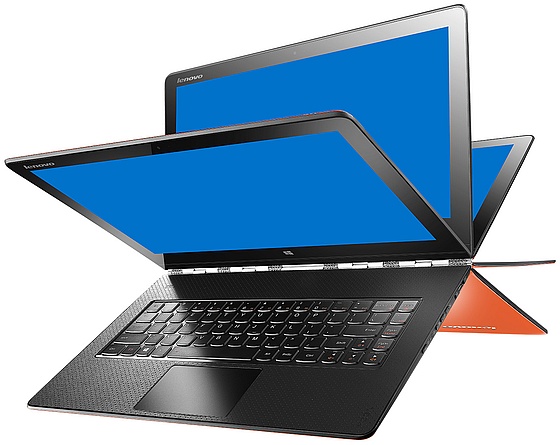 WinFuture announced that the new Lenovo Yoga 900 convertible laptop’s specs were leaked ahead of it’s official announcement. Everyone was expecting the launch of a new convertible laptop by Lenovo, the new device being the company’s 2015 flagship laptop.The main feature that every tech enthusiast was expecting of the new Lenovo Yoga 900 was for it to be equipped with an Intel Skylake processor. Until now this was one of the few specs that were foreseeable, and it turns out that it wasn’t exactly accurate. Now, thanks to WinFuture, we have a clearer idea of what the Yoga 900 will be like.

It seems that there won’t be any spectacular changes as far as the Yoga 900’s design goes, this laptop being a lot similar to its predecessor, the Yoga 3 Pro. The differences between the two generations will be more than obvious in the hardware section though, and it is expected that the Lenovo Yoga 900 will be a lot more powerful than the previous model. As sources close to WinFuture said, this new convertible Yoga 900 will also be equipped with a bigger, better battery, giving the laptop a lengthier autonomy. It is rumored that the new Lenovo Yoga 900 will sport a 66 Whr battery, which is considerably more powerful than the 44.8 Whr battery featured by the previous versions of the convertible laptops Lenovo delivered. This new feature is more than welcome by users, especially when it comes alongside a much powerful processor than the previous version had. It’s whispered that the new Yoga 900 will feature an Intel Broadwell Core, 15 watt Core i5-6200U or Core i7-6500U processor, giving the device a lot more stamina than the 4.5 watt Intel Core M Broadwell CPU could ensure for the Yoga 3 Pro.

As far as the device’s design goes, WinFuture reported that the new Lenovo Yoga 900 will most probably be 324x 225x 14.9 mm, which will make the new model slightly smaller and thicker than the Yoga 3 Pro. The new Yoga 900 also seems to weigh more than the previous version according to the specs- list published by WinFuture. The same list contains info regarding the screen of the new Yoga 900 which seems to be a 3200x 1800 IPS screen. The above mentioned source also reveals that the Yoga 900 will feature a 16 GB RAM memory  and 256 or 512 GB of internal storage.

The Lenovo Yoga 900 will also be equipped with 1.5 W speakers, DOLBY Home Theater certification, a 720p webcam, two 3.0 USB ports, a 4 in 1 card  reader, Micro HDMI- out and Audio Combo Jack, making the new Lenovo Yoga 900 a desirable device. WinFuture also leaked a possible release date, at least for Europe, stating that the new Lenovo Yoga 900 might be purchasable starting 27 October. The same source also says that the starting price of the Yoga 900 will be around 1299 Euros. Due to the fact that none of these specs come from official sources, we will still have to wait and see if the leaked informations are accurate or not. What is certain is that the Lenovo Yoga 900 is expected to be a great convertible laptop and that we are eager to see it.

I have always been eager to try out any gadget I could get my hands on. I became a tech journalist so that I could always be around technology and see the newest devices. I use gadgets every day to make my work and life easier. I have enough experience to know If a device is actually improving my activity, offers something useful or new. I will post my honest opinions and judge a device as objectively as I can.
@https://twitter.com/Colin27Anderson
Previous iOS 9 Bugs and Fixes
Next Samsung Galaxy S7 Might Be Released This Winter