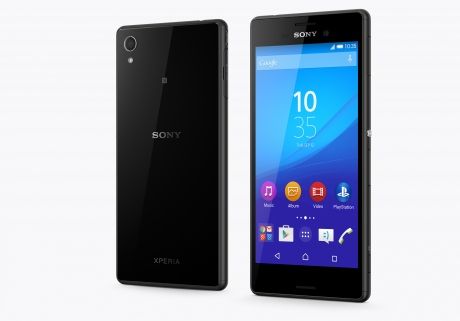 Rumor has it that Android 6.0 Marshmallow will be released this week and the first devices to run on the brand new Android OS will be the Nexus 5X and the Nexus 6P. Of course, other devices will get the Android update shortly after that. Although there is no official data regarding the much- awaited upgrade, according to reports, the Sony Xperia M4 Aqua will receive the Android Marshmallow soon. The Xperia M4 Aqua is only one of the Sony devices which are about to upgrade to Android 6.0 Marshmallow, probably alongside Sony Xperia Z3 Compact, Xperia Z3, Xperia Z3+,  Xperia Z4 Tablet, Xperia Z5, Xperia Z5 Compact, and the Sony Xperia Z5 Premium.

We’ve seen in the past that the Japanese giant is usually quick in getting the most trending and newest version of the operating system on its devices, being particularly fast when flagship devices and newly released gadgets need to be upgraded. This means that the Xperia M4 Aqua, which was released only a few months back, has serious chances to get the Android Marshmallow in the near future. If this will happen the Sony Xperia M4 Aqua will soon benefit of the great features that the Android 6.0 Marshmallow offers. This way Xperia M4 Aqua users will be able to choose whether to accept or deny individual app permissions, improve their web experience, and use Android Pay. Also, Xperia M4 Aqua owners will have a better experience with app links, and will expand their battery life thanks to the Doze function the Android Marshmallow comes with.

The Sony Xperia M4 Aqua, alongside other devices currently running on Android Lollipop OS will also benefit from other features the Android 6.0 Marshmallow has to offer, such as auto backup and restore for apps, the new app drawer, the RAM manager, Google’s new storage feature, an improved Google Now, visual voicemail and the rotating home screen. The upgrade to Android Marshmallow will also give the Xperia M4 Aqua users the possibility  to remove status bar icons, a better situated RAM manager and the possibility to instantly wipe all of their network settings, including Wi-Fi connections, cellular data and Bluetooth connections. Shortly, Sony Xperia M4 Aqua users will benefit of every single feature that the new Android Marshmallow comes with. And there are lots of these. We only have to wait for the Android 6.0 Marshmallow to be officially released and be brought to our devices.

I have always been eager to try out any gadget I could get my hands on. I became a tech journalist so that I could always be around technology and see the newest devices. I use gadgets every day to make my work and life easier. I have enough experience to know If a device is actually improving my activity, offers something useful or new. I will post my honest opinions and judge a device as objectively as I can.
@https://twitter.com/Colin27Anderson
Previous GoPro Hero+ Features Wi- Fi Connection
Next Doogee HomTom HT6- Amazing Battery Life