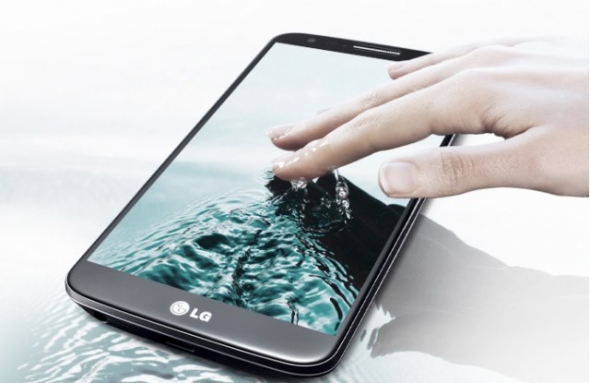 There are lot of rumors going on related to at least one, but possibly two flagship devices LG is about to launch. It is highly probable that LG will unveil its new smartphone or smartphones at its October 1st event in New York. Although certain specs were leaked first from Tenaa, and recently by GFXBench, no one seems to know for sure what LG is preparing for its customers. Will there be an LG 4G Pro? Maybe an LG V10? Possibly both? We are about to find out, since the LG press event is only one day away.

If we were to speculate, based on the model names revealed, it would seem that there are two separate devices about to be released: the LG-H968 (LG V10) and the LG- H900 (LG G4 Pro). Regarding to the first model, the images shown on China’s Tenaa certification site also give us a glimpse of the V10 logo on the shell case of the device, so it could be the LG V10. This device is expected to boast a 5.7- inch 1440p display which could be completed by a secondary, ticker display. It was also revealed at the time that the device which was probably the LG V10 would feature a Snapdragon 808 processor, 3 GB RAM and 64 GB internal storage, extendable thanks to the microSD card slot. The LG V10 was thought to be equipped with a 16 MP back camera and a 5 MP front camera.

On the other hand, the data leaked by GFXBench hint another device, which might be the LG G4 Pro. The LG G4 Pro shares a lot of its characteristics with the LG V10. It seems that the LG G4 Pro will also have a 5.7- inch quad-HD display, and will also be powered by a Snapdragon 808 processor. The specs list also reveals 4 GB RAM, which is more than what the V10 is said to come with. The LG G4 Pro could have 64 GB internal storage. According to the GFX Bench info the LG G4 Pro will feature a 15 MP back camera and a 5 MP secondary selfie- camera. This is surprisingly a downgrade compared to the LG G4 released earlier this year. What is left to be mentioned is that both of the projected devices would run on Android 5.1 Lollipop.

Given the fact that the two leaked technical specification lists are slightly different, one could presume that they describe two different devices. If these are the LG G4 Pro and the LG V10 is yet to be seen. Fortunately, the LG event set for October is right around the corner so the mystery that surrounds its flagship devices will shortly be solved.

I have always been eager to try out any gadget I could get my hands on. I became a tech journalist so that I could always be around technology and see the newest devices. I use gadgets every day to make my work and life easier. I have enough experience to know If a device is actually improving my activity, offers something useful or new. I will post my honest opinions and judge a device as objectively as I can.
@https://twitter.com/Colin27Anderson
Previous Doogee HomTom HT6- Amazing Battery Life
Next XIAOMI Mi4C- High Quality, Low Price