Xiaomi launched what is probably the cheapest smartphone that is powered by a Snapdragon 808 chipset in two variants: a 16 GB one and a bigger, 32 GB version. These two devices are available for pre-sale on Everbuying for $239.69 and $289.69, which is a great price for what the Xiaomi Mi4c has to offer. Although the design of the smartphone is not quite eye- catching, its lot more important power features make it a great device to own.

Both versions of the device are equipped with a 5- inch, 1080p IPS LCD capacitive touchscreen display, with approximately 441 ppi pixel density. They are powered by a Qualcomm MSM8992 Snapdragon 808 chipset and feature a quad-core 1.44 GHz Cortex-A53 and a dual-core 1.82 GHz Cortex-A57 CPU. The Xiaomi Mi4c runs on Android 5.1.1 Lollipop making the device a serious competitor for other high- end smartphones on the market right now. Maybe the device will also be able to update to Android Marshmallow soon, and that will make it even more appealing. The interface of the smartphone is user- friendly and quite attractive to be honest, specially considering the price range of the Mi4c. As far as the memory section goes, the more affordable Mi4c includes 16 GB storage and 2 GB ROM, while the more expensive version has 32 GB internal storage and 3 GB ROM. Neither version has the possibility for extending its storage via microSD cards, not being equipped with a card slot.

The Xiaomi Mi4c has a dual camera system, just like any other smartphone nowadays, and is equipped with a 13 MP back camera with phase detection autofocus, dual-LED (dual tone) flash, Geo-tagging, touch focus, face/smile detection, panorama, HDR and a 5 MP, 1080p secondary camera. The Xiaomi Mi4c has Wi- Fi, GPS and Bluetooth 4.1 connectivity and it also features a type-C 1.0 reversible connector. The most impressive features of the Xiaomi Mi4c devices consist in their powerful, though non- removable, 3080 mAh battery and their Quick Charge 2.0 feature which allows the device to charge 40 % in 60 minutes, which can be a blessing for those who are often on the move. Those who got to test the Xiaomi Mi4c were quite impressed by its battery life, given the fact that it could deliver up to 13 hours of battery life even while connected to a Wi- Fi connection. 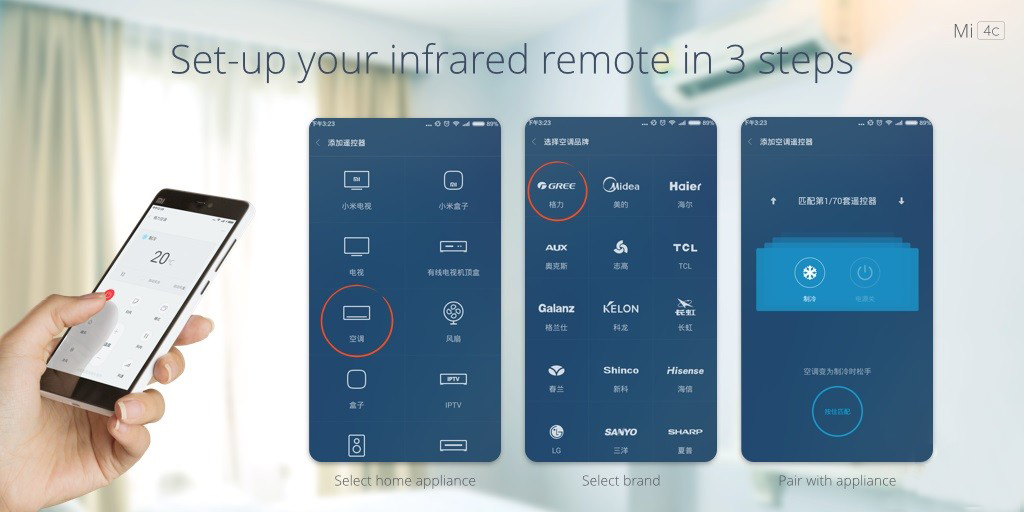 We can say that the Xiaomi Mi4c is quite a catch, specially considering its price/ quality ratio. This is a good example of a device which can offer a good user experience, great power, and all this for a more than affordable price. The Xiaomi Mi4c is a great choice for those consumers who want to purchase a good- quality smartphone but would not necessarily like to pay a huge amount for it. If you are one of these consumers, you can pre-order your Xiaomi Mi4c smartphone in one of its versions until 30 October from Everbuying for only $239.69 or $289.69. If you do, please share your experience with us.

I have always been eager to try out any gadget I could get my hands on. I became a tech journalist so that I could always be around technology and see the newest devices. I use gadgets every day to make my work and life easier. I have enough experience to know If a device is actually improving my activity, offers something useful or new. I will post my honest opinions and judge a device as objectively as I can.
@https://twitter.com/Colin27Anderson
Previous LG G4 Pro, LG V10, both? What should we expect?
Next K8 3G Smartwatch Phone on Discount