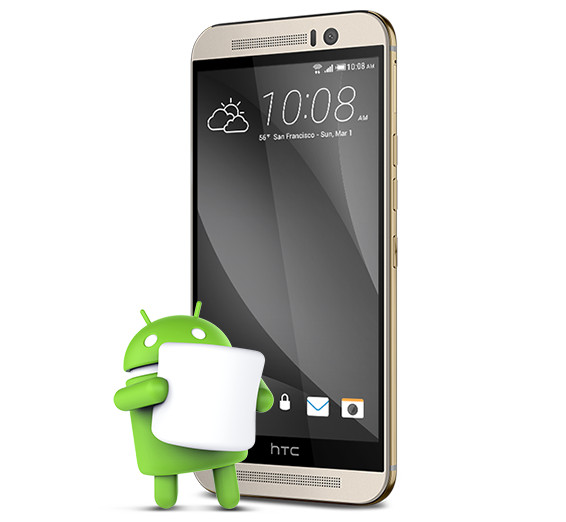 HTC held a press conference on Tuesday which was a surprise. Not necessarily a good one, but still a surprise. Rumors had it that at this particular event HTC will unveil the new HTC Aero A9, the new HTC Butterfly 3 and possibly the HTC M9e. Instead, the Taiwan- based company revealed the new variant of the One M9+, dubbed the “Supreme Camera”. Although the new device comes with improved camera features, the 29 September event didn’t bring what tech- enthusiasts expected. But there’s still hope. HTC announced another event, and promised to launch the first HTC Android Marshmallow device on 20 October.

Alongside the mysterious HTC Android Marshmallow device that will be released 20 October,  other HTC smartphones will also get the new Android Marshmallow. The listed devices are the following: M8, M8 Eye, E8, Desire 816, Desire 820, Desire 826, M9, M9+, ME, Butterfly 3, E9 and E9+. Reports say that the first HTC devices to get the Android Marshmallow will be the M8 and M9 models. These will probably upgrade to Android Marshmallow by the end of the year. The other models might have to wait a little bit longer, but at least they are on the waiting list.

Although we are still a little bit disappointed that HTC didn’t release its projected Aero A9 model on Tuesday we are still eager to see what they prepared for 20 October. Which HTC model will become the first HTC Android Marshmallow device? Will it be the Aero A9? Maybe another surprise? We have to stream in on the HTC website on 20 October to see.

I have always been eager to try out any gadget I could get my hands on. I became a tech journalist so that I could always be around technology and see the newest devices. I use gadgets every day to make my work and life easier. I have enough experience to know If a device is actually improving my activity, offers something useful or new. I will post my honest opinions and judge a device as objectively as I can.
@https://twitter.com/Colin27Anderson
Previous LG V10 Officially Announced
Next iOS 9.0.2 update fixes security flaw