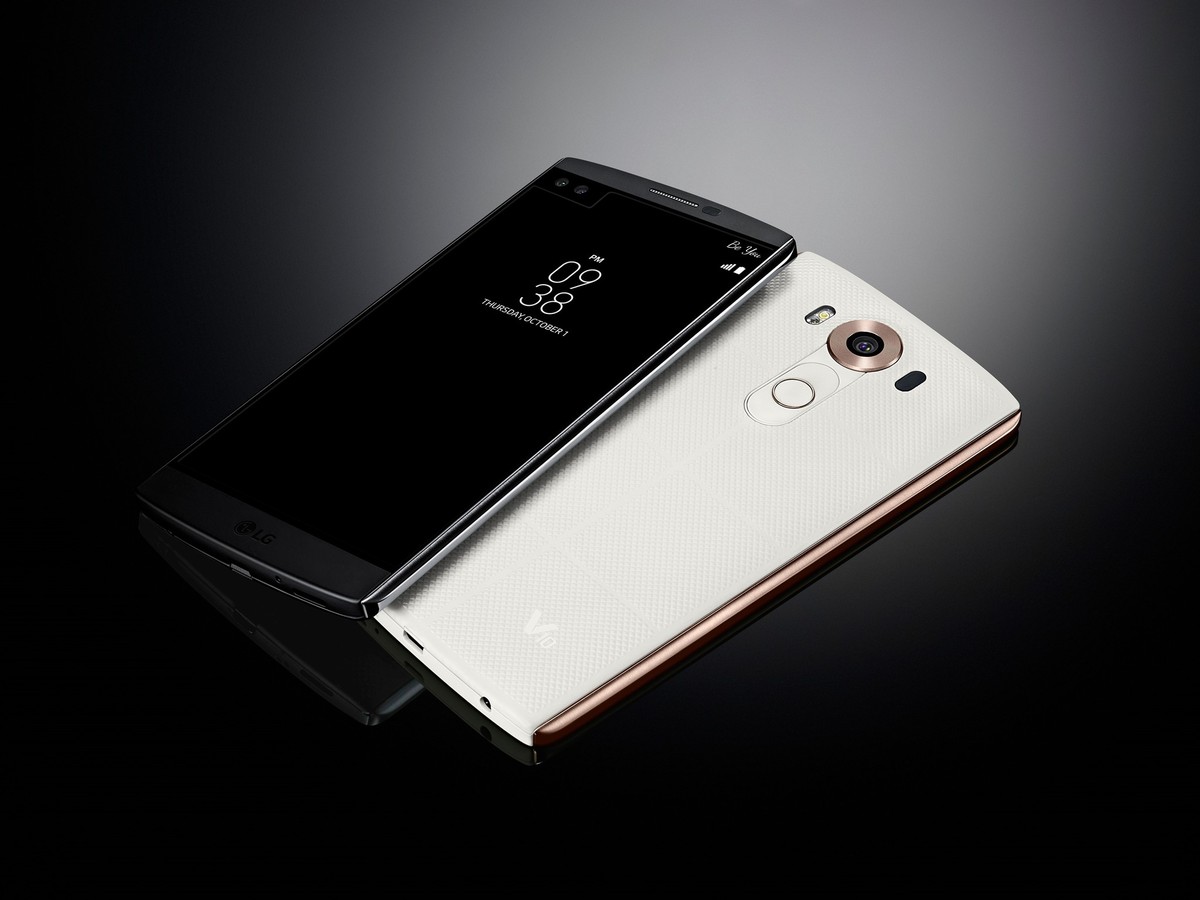 LG has officially announced its latest flagship smartphone, the LG V10. There were lots of rumors regarding the LG V10, specs were leaked ahead of release date. Now we have a clear idea of what the LG V10 has to offer. The most impressive characteristic of the LG V10 consists in its double display. This feature was foreseen so it’s not exactly a surprise, but it is still quite appealing. The second screen situated above the 5.7- inch QHD display is a feature which makes the LG V10 unique for the time being.

The LG V10 didn’t only add an extra screen to its flagship model, it also extended the number of cameras. The new LG V10 has three cameras now. The back camera is a 16MP F1.8 camera and the V10 features two front cameras. Both of the selfie cameras are 5 MP, and thanks to the dual- system users will be able to take better wide angle selfies. The two separate images taken by the cameras can be united by the camera software LG embedded in its LG V10 smartphone.

The design of the LG V10 is quite appealing. It has elegant lines and it’s made from stainless steel mostly. On the back and on the bottom of the LG V10 users will find Dura Skin which was described to be “resilient but soft”. These materials grant the LG V10’s premium feel but also make it a lot more resistant to shocks. The LG V10 will be available in Space Black, Luxe White, Modern Beige, Ocean Blue and Opal Blue.

As far as other specs go, these are about the same as those that were projected ahead of the unveiling. The LG V10 is powered by a Snapdragon 808 SoC and comes with 4 GB RAM and 64 GB internal storage.  The storage can be extended to a mesmerizing 2 TB thanks to the microSD card slot the V10 features. The battery of the LG V10 is a 3.000 mAh one. Although this is not necessarily a high- capacity battery, it is removable so users can always interchange it with another battery. The LG V10 will run on Android 5.1.1 Lollipop out of the box.

As far as the release date, all that we know is that the LG V10 will become available in Korea later this month. Other markets, such as the US, China and key countries in Asia, Latin America and the Middle East will get the LG V10 a little later, but probably before the holiday season.

I have always been eager to try out any gadget I could get my hands on. I became a tech journalist so that I could always be around technology and see the newest devices. I use gadgets every day to make my work and life easier. I have enough experience to know If a device is actually improving my activity, offers something useful or new. I will post my honest opinions and judge a device as objectively as I can.
@https://twitter.com/Colin27Anderson
Previous LG Watch Urbane 2 Unveiled
Next HTC Android Marshmallow device to launch 20 October