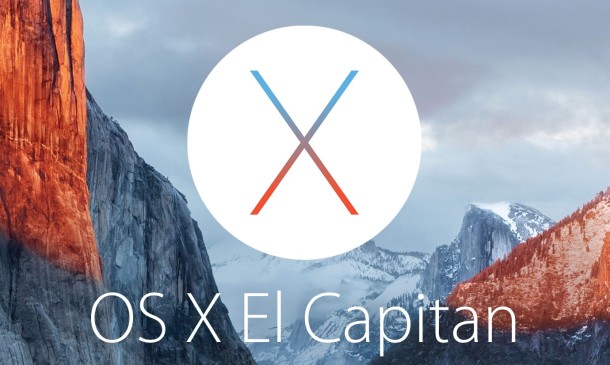 The new OS X El Capitan is now available for Mac users. This new version of the operating system will be compatible not only with the latest Apple laptops, but also with older models. The list of compatible Mac devices include the 2008, 2009 and 2015 models of MacBook, 2007 and later models of the MacBook Pro, late 2008 and newer MacBook Air devices, 2009 and later Mac Minis, 2008 and later Mac Airs and the majority of iMac models. The OS X El Capitan is free and it seems that it will run on any Apple computer that has OS X in any of its versions. Although the OS X El Capitan will be supported by older devices as well, there are some features which will be working only on 2012 and newer Mac computers.

The OS X El Capitan brings several new features. Some of these features are similar to the ones offered by Windows 10, but users will still get the OS X experience.  One notable change brought by the OS X El Capitan is the possibility to move windows around. This makes it possible for users to see several windows at the same time. In some cases this feature can be really useful. OS X users will also notice that the OS X El Capitan offers improved versions of the Mission Control, Safari, Spotlight and Notes features.

The Mission Control gets a more user- friendly interface, the Safari is now able to pin tabs and Spotlight is now easier to use thanks to a language upgrade. The OS X El Capitan is a really smart operating system which comes with lots of improvements. Another thing that changed in Safari for example is that it’s now able to handle web searching a lot better. It is said that the new and improved Notes feature is one of the major changes the OS X El Capitan has to offer. It now supports links, photos and other file types. It is also capable of adding maps and checklists and can sync with other devices through iCloud.

The OS X El Capitan is projected to be a lot speedier than its predecessor and it also offers more stability than previous OS X versions. OS X El Capitan also brings a fresh design which will probably be welcome by Mac users. The fact that the differences between the new OS X and previous versions of it are subtle should make upgrading smooth and easy. You can find the new OS X El Capitan in the Apple App Store to download for free.

I have always been eager to try out any gadget I could get my hands on. I became a tech journalist so that I could always be around technology and see the newest devices. I use gadgets every day to make my work and life easier. I have enough experience to know If a device is actually improving my activity, offers something useful or new. I will post my honest opinions and judge a device as objectively as I can.
@https://twitter.com/Colin27Anderson
Previous iOS 9 security flaw
Next LG Watch Urbane 2 Unveiled