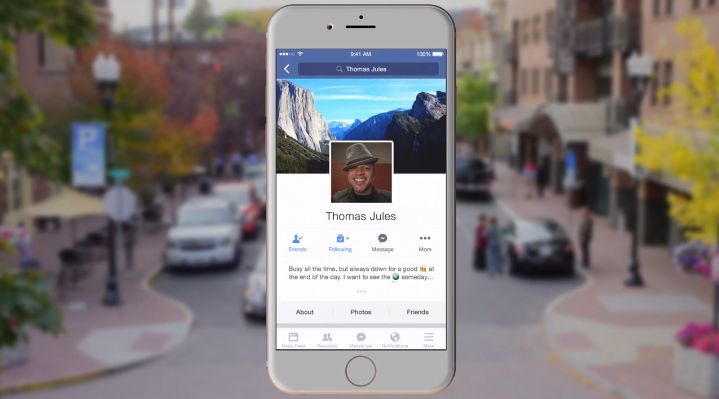 In the past few years, video and GIFs have risen to a status of favorite media, as social networking takes on new dimensions as tech moves along. Facebook is second to roll out a unique feature to the social network: profile videos instead of profile picture. Until now, the profile picture was what defined a person’s social media profil at a first glance, but now social network users will be able to use videos to better express all that they’re personality is about. Snapchat had already imlemented profile videos in July, and people are loving it.

Facebook is now allowing users to upload short, few-second videos to their profile picture album and set it as their actual profile video. The videos are more like GIFs, if you ask me, which is great, seeing as GIFs are more popular on Facebook now than emojis. According to Facebook product managers, the social network has seen a huge rise in video content on people’s timelines and they’ve noticed that social media users are becoming more attracted to video and GIF content than anything else.

With the addition of profile videos to the Facebook user profile, the company believes people will embrace more of themselves and share more of their lives – implicitly, changing their profile picture, ahem video, more often. The move into moving pictures, so to speak, is part of the company’s recent attempt to visually overhaul the social network and add new features to improve the user experience.

Besides introducing the new profile videos feature, Facebook is also working on temporary profile picture implementation, which will let users set a temporary profile pic that will switch back to the original once the time runs out. This feature was implemented in response to the large number of social media campaigns and activities that were noticed this year.

On Facebook, people express their support for causes, like when everyone added a rainbow filter to their profile picture when same-sex marriage was nationally legalized in the U.S., but also in support for sports teams, bands, concerts, flash mobs, petitions and so on. The temporary profile picture would help people easily support their causes and switch back to their old profile pic once the event that they’re supporting is over and done with.

Users will also be able to pin “featured photos” to the top of their profile pages. This way, they can create their own photo reels of favorite snapshots from their social life. Most of these features are not available yet, as Facebook is testing them in the U.K. and the U.S. at the moment on their mobile app.

These new features involving the profile picture on Facebook demonstrate that the social network is still growing and still has a lot of members, even though Instagram and Snapchat have become immensely popular across the globe. The new features are expected to roll out globally in the following few weeks.

Tech Editor with lots of experience with PC hardware components, iOS and Windows-based mobile devices, and love keeping myself up-to-date with any developments in the industry, which I make my job in sharing with you, our readers.
Previous iOS 9.0.2 update fixes security flaw
Next iFixit removed from iTunes after Apple TV teardown