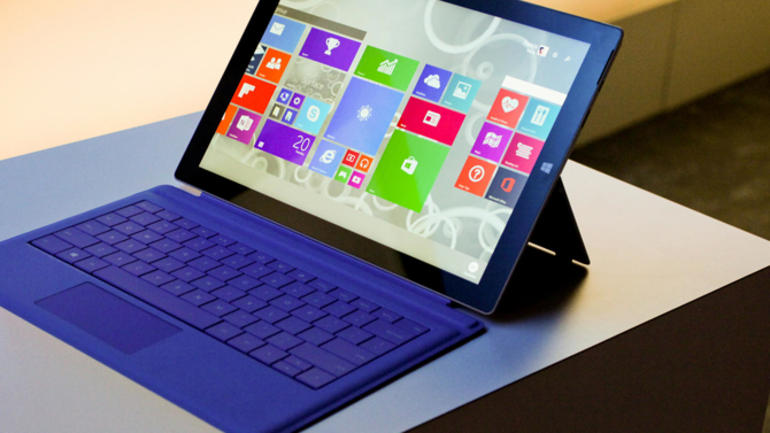 On the other hand, a 14- inch device is a little trickier to use, so if you need a tablet, not a laptop, the 12- inch version should be more comfortable. It was also rumored that the Surface Pro 4 will be significantly thinner than its predecessor due to the fact that it will lack a fan. Instead, it was said that the new device will feature small holes that are meant to let hot air out.Regarding its hardware, the Surface Pro 4 is said to be powered by a Skylake Core chipset from Intel. Others think that it could be equipped with a Intel Core M Broadwell CPU. Anyway, the new chipset will probably be better than the 1.9GHz Intel Core i5-4300U processor which was included in the Surface Pro 3.

There were no reports concerning real change in the battery life or connectivity. We would’ve liked a higher- capacity battery, and we still hope that the rumors are wrong and this feature will also be improved. It is safe to presume that the new Surface Pro 4, just like its predecessor, will enable 802.11ac Wi-Fi andBluetooth 4.0. As far as the ports go, the Surface Pro 4 will probably feature mostly the same ones that the Surface Pro 3 did. One thing that might change is that in addition to the USB 3.0, Mini DisplayPort, microSDXC card reader (up to 128GB), headphone/mic jack, we could see a USB Type-C port.

As far as the price is concerned, the Surface Pro 4 will probably have a similar price to its predecessor’s. This means that it will probably go on sale for about $800 for the smaller version, and the price could get to as high as $1500 or higher for the 1 TB version. Of course, these are only speculations, so Microsoft could always surprise us with lower prices. Or higher ones, for that matter.

I have always been eager to try out any gadget I could get my hands on. I became a tech journalist so that I could always be around technology and see the newest devices. I use gadgets every day to make my work and life easier. I have enough experience to know If a device is actually improving my activity, offers something useful or new. I will post my honest opinions and judge a device as objectively as I can.
@https://twitter.com/Colin27Anderson
Previous Showtime releases cord cutting streaming subscription
Next Wooden car wows at Frankfurt auto show 2015