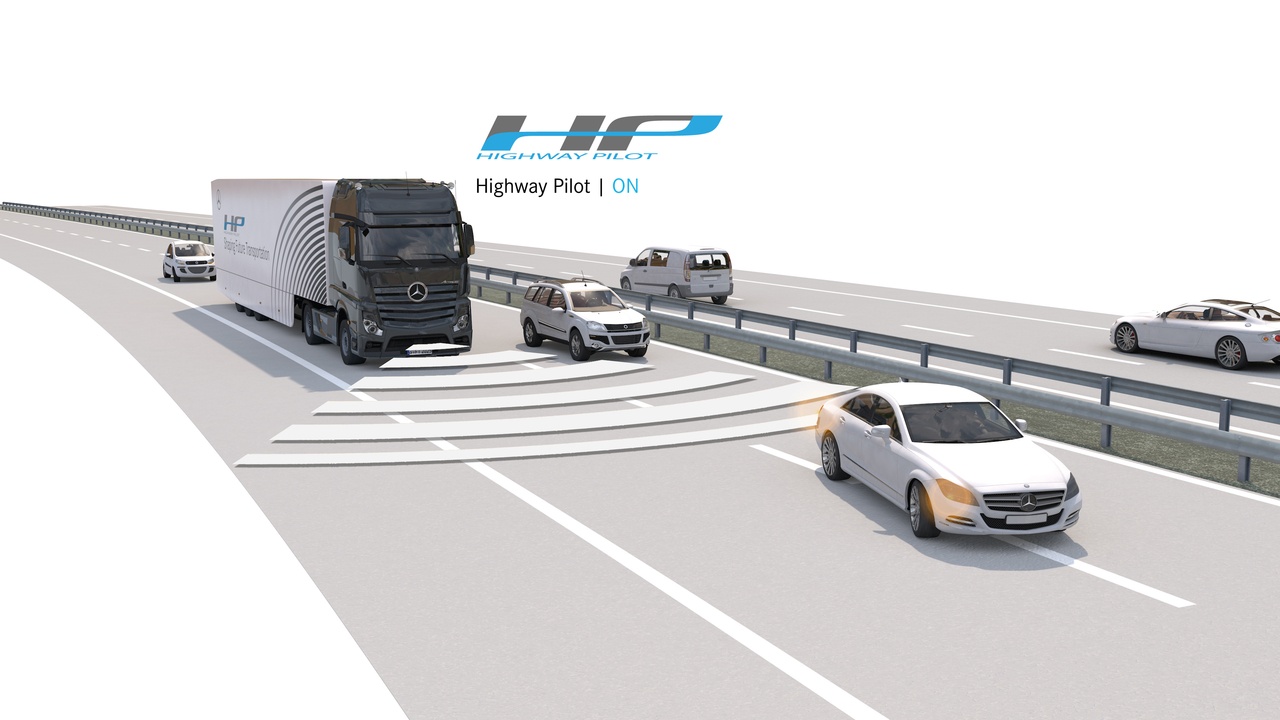 These days cars and other vehicles get more and more technology on board. We witnessed the creation of all- electric cars, self- driving vehicles, but they were usually small ones. Daimler decided to take it up a notch and created a self- driving big rig truck. Although it is not going to become a usual thing to see in the near future, Daimler’s self- driving truck exists. It was tested on a augmented Mercedes-Benz Actros down Germany’s Autobahn 8 and it seems to have worked perfectly. This might become the future of transport.

Daimler installed its semi- autonomous Highway- Pilot system in a production truck and took it for a test- drive. Given the fact that the current legislation doesn’t allow cars to be rolling unattended, the test- drive was conducted with a crew to keep watch of its functions.  Daimler’s self- driving truck steers by using a combination of radar, a stereo camera array and off-the-shelf systems like adaptive cruise control. Basically, due to these features there is no need for a driver to control the truck anymore. Of course, the system can be installed on any kind of a vehicle. What is great about it is that it doesn’t require a specially- built car, it can work on any kind of mass production vehicle.

Although Daimler’s Highway- Pilot system won’t come to the general public just yet, it is good to know that such a system exists. Of course, it is far from being flawless, but there is still time to perfect it. Implementing such a system on vehicles might make our lives a lot easier and safer in the future. Human error could be totally erased from circulation at some point. Transportation could also get less expensive if drivers won’t need to be paid. Even without eliminating drivers from the formula, the Highway- Pilot system could be of great help. It could make driver’s lives lot less difficult and may allow them to rest a little bit while at work.

We are eager to see when the system will become available and what improvements will be added to it before its release.

I have always been eager to try out any gadget I could get my hands on. I became a tech journalist so that I could always be around technology and see the newest devices. I use gadgets every day to make my work and life easier. I have enough experience to know If a device is actually improving my activity, offers something useful or new. I will post my honest opinions and judge a device as objectively as I can.
@https://twitter.com/Colin27Anderson
Previous Cortana to Arrive to Xbox One in 2016
Next HTC One M8 vs Sony Xperia Z3 – Battery Life