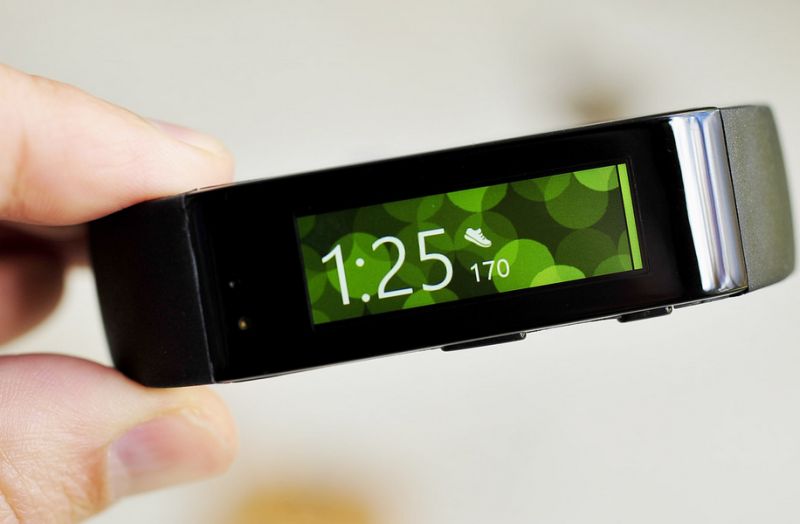 Microsoft has a bit event scheduled for tomorrow, October 6, when the company is expected to unveil the Surface Pro 4, Lumia 950 and 950 XL flagship smartphones and the Microsoft Band 2. Last year’s Microsoft Band wasn’t a huge success, but it had enough popularity around the world to make a successor worth making, which is why the Redmond giant is prepping the second generation of the wearable for Holiday season.

The Microsoft Band 2 will most likely evolve from being just a fitness tracker to being a device that acts as liaison for Windows 10 on a wearable. The user experience of the Band 2 will be much improved with new Cortana features added in for seamless voice control. Last year’s device was focused on health and fitness tracking, and we might see the company taking the same approach with the Microsoft Band 2, but it is unlikely.

Most likely, the Microsoft Band 2 will graduate from being a band to being a full-blown smart watch. Although it is unlikely for Microsoft to market the device as a watch, its features will pertain to the genre, as per rumors and leaks. The device might come with a Wi-Fi antennae and might even have room for a SIM card slot, although the latter is unlikely at this point.

Moreover, the Microsoft Band 2 will add its own GPS and coupled with Wi-Fi, it can be an independent wearable fitness tracker that doesn’t need a smartphone in order to accurately keep up with the user’s activities. Much of the features of the wearable will most likely tie into cloud computing and remote control, according to our sources, as Microsoft will be delegating processing tasks from the band to the cloud.

That’s an interesting concept to wonder about and we’re curious if this approach is indeed the one Microsoft is taking. Take it with a grain of salt, as the company has not yet confirmed much of anything about tomorrow’s big event. One thing is for sure however: the Microsoft Band 2 will be redesigned completely, and that’s good news. The original model failed in terms of design as it was rigid, unwielding, and uncomfortable.

The new Microsoft Band 2 might be in the Gear S or Gear Fit category when it comes to design, with a curved display replacing the standard panel of the predecessor. Processing power and battery life should be improved, and a heart rate monitor as well as a stress control app will also be part of the setup of the Microsoft Band 2.

Although the company is mum about what’s to happen, the Microsoft Band 2 is going to be one of the headliners of the event tomorrow. The wearable should go on sale within 2 weeks after launch and its price should be between $150 and $200 depending on what features and specs the device will have. There have been rumors about a waterproof body, so we’re rooting for that. What would you like to see in the Microsoft Band 2?

Tech Editor with lots of experience with PC hardware components, iOS and Windows-based mobile devices, and love keeping myself up-to-date with any developments in the industry, which I make my job in sharing with you, our readers.
Previous Apple MacBook Air for $1,194.00 on Amazon
Next Galaxy Note 4 Android update rolling out this week