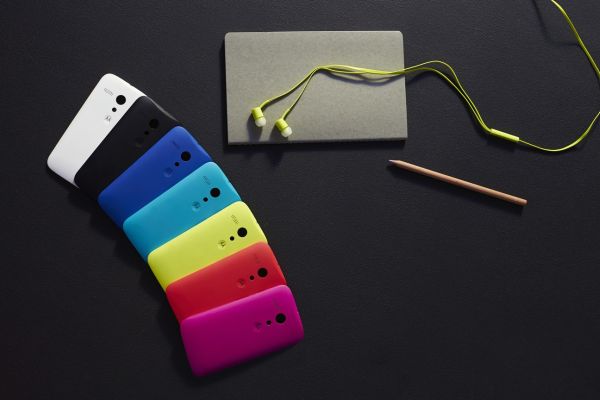 Moto G getting Marshmallow prior to December 2015 [Rumor]

Motorola has finally offered official confirmation about the Moto G update schedule that involves Google’s latest operating system, Android 6.0 Marshmallow. The Moto G Marshmallow udpate had been an uncertainty at one point as people believed the company would not support a handset that is now more than two years old like the Moto G. Nonetheless, the Moto G from 2013 was one of the best smartphones on the mid-range market and Motorola decided it would be best for everyone to keep updating the device.

As such, the entire Moto G line-up, including the first, second and third generation models, will be updated to Android 6.0 Marshmallow. Google unveiled the updated OS last month during the launch event of the Nexus 5X and Nexus 6X and while the OS hasn’t been visually changed, the biggest upgrades are under the surface and will impact performance and battery life, as well as user experience the most.

The Moto G update should be released within 90 days of Google publicly releasing the original builds for Marshmallow. Since the Mountain View search engine giant has already done that, Motorola fans now just have to stay patient. Nexus smartphones from last year will be the first ones to get the new update, aside from the devices launched with it on board, but Motorola is right next in line.

Just like last year, the Moto G update is an important one for users and for Motorola as it brings with it an improved user experience with more features, improved Google Now and a more cemented integration between hardware, software, Android and Motorola’s own app suite. The Moto G update could arrive as early as next week, though, seeing as Android One handsets in India are already receiving their own share of Android 6.0 Marshmallow.

The safest release date for the Moto G Marshmallow update would be December, but we wouldn’t be surprised if Motorola speed things up a bit. The company is among the fastest to roll out updates and thanks to its previous and current relationship with Google, Motorola can keep that reputation up for a while longer. All those awaiting the Moto G update can also scour community forums to find out about available ROMs that might get them the fresh user experience without the wait.

Tech Editor with lots of experience with PC hardware components, iOS and Windows-based mobile devices, and love keeping myself up-to-date with any developments in the industry, which I make my job in sharing with you, our readers.
Previous iPad Pro To Arrive In First Week Of November
Next Galaxy S5 Lollipop update behind schedule, but available