Home / Tablets / Samsung Galaxy View- What We Know So Far 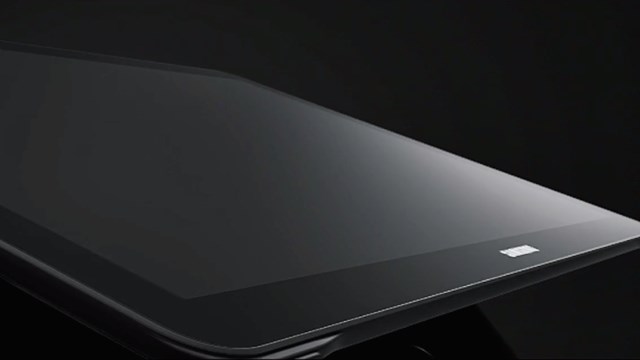 Samsung Galaxy View- What We Know So Far

Samsung hinted at the IFA last month that they are going to release a new device. They called it the Galaxy View, but didn’t offer any details. The images that flashed up during the conference made it pretty clear that it was a tablet with a kickstand, but they didn’t reveal any kind of specs to be expected. It was said that they are going to release more details in October, but so far no announcements were made by Samsung. Even so, there are some rumors already regarding the Galaxy View.

Recently released FCC documentation gave out the measurements of the Galaxy view, alongside a sketch of the back panel of the tablet. It seems that the Galaxy View will boast an 18.6- inch display, and according to the sketch, it will feature two stereo speakers on the back. Given the fact that the sketch also shows an AT& T logo on the back of the Galaxy View, it is safe to assume that Samsung’s giant tablet is set to be sold by AT& T. No one seems to know the exact date of its launch, but we hope it will be soon, maybe even this month.

A list of specs of a certain Samsung SM- T670 device, with an 18.5- inch display also surfaced these days on GFXBench. It might just be the Galaxy View. According to the list of specs that appear on the benchmark testing site, the Galaxy View will  feature an 18.5- inch, 1920 x 1080 pixels resolution touchscreen, with at least 5 fingers gesture support. It will be powered by a Samsung Exynos 7 Octa- core processor, clocked at 1.6 GHz, and will feature a ARM Mali-T720 GPU. The device will most likely run on Android 5.1.1.

It is said that the Galaxyy View will include 2 GB of RAM and 32 GB of internal storage. Some sources claim that the Galaxy View will have a 5700 mAh battery, which should ensure a more than decent battery life.  The specs list is not impressive at all, but maybe extra features will make the Galaxy View impress with something more than its size. Of course, these specs could be of some other Samsung device, but the probability of the Korean company to have two similar devices in the work at the same time is quite low.

There are no hints about the pricing of the Galaxy View either. We’ll just have to wait for Samsung to officially announce the tablet or for someone to leak more information regarding the Galaxy View. We hope that it will arrive before the holiday season.

I have always been eager to try out any gadget I could get my hands on. I became a tech journalist so that I could always be around technology and see the newest devices. I use gadgets every day to make my work and life easier. I have enough experience to know If a device is actually improving my activity, offers something useful or new. I will post my honest opinions and judge a device as objectively as I can.
@https://twitter.com/Colin27Anderson
Previous Lexus’ Origami Car is Fully Functional
Next Upgrade the Surface Pro 3 with biometric security, straight from Microsoft