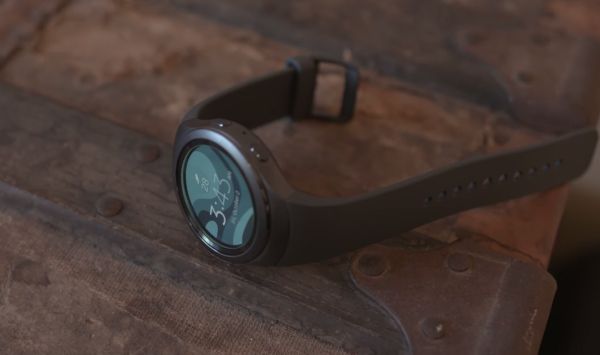 Samsung launched the Gear S2 and Gear S2 Classic recently, with global availability already spreading. The Gear S2 sold out fast during the pre-order period, as people seemed to enjoy the company’s best looking smartwatch yet. But the Gear S2 has one flaw that impacts the user experience negatively: Tizen.

The Gear S2 runs on Samsung’s own operating system called Tizen, and while the OS has been optimized to work seamlessly with the Gear S2 and its rotating bezel, the software is not exactly perfect for a smartwatch. While Samsung did add neat features to Tizen such as an improved on-screen keyboard, support for actionable Android notifications, Google Now reminder deliveries and S Health makes for a wonderful fitness app.

But how come a smartwatch is lacking one of the most important features for a wearable: reminders? Indeed, the Gear S2 doesn’t get along with reminders, and as Gizmag points out, it is unclear whether the inability to register reminders is a bug or that’s just how Tizen works. Fact of the matter is, you can’t set reminders on the Gear S2, with or without voice control and that’s pretty stupid. While you do get reminders from Google Now, those have to be created on your phone.

The Gear S2 also lacks support for third party apps, or rather there are few third-party apps available for Tizen. The core apps that one would use on a smartwatch are missing, so there’s no way you can get your hands on a compatible note-taking application for the Gear S2, unfortunately. While more developers are getting on board with Tizen, support is still nowhere near Android Wear or Apple WatchOS.

Although the Gear S2 is a great smartwatch with excellent design, performance, good battery life and an intuitive user interface, Samsung forgot about a few things that make a smartwatch actually useful. Smartwatches are not a necessity, and even though the Gear S2 3G can more or less replace your phone, it never will. Samsung needs to update Tizen on the Gear S2 fast, otherwise people might get frustrated with the lack of core functions.

A Gear S2 update is not yet confirmed, but our hunch is that once more people get their units from Samsung, they’ll be asking for fixes and new features. As the Tizen store grows larger, users still have to settle for Samsung’s Milk Music for listening to music and do without reminders for a while. Those who haven’t pre-ordered the Gear S2 (price starts at $300), should wait a bit to see if Samsung is going to mend these small, but significant issues.

Tech Editor with lots of experience with PC hardware components, iOS and Windows-based mobile devices, and love keeping myself up-to-date with any developments in the industry, which I make my job in sharing with you, our readers.
Previous Upgrade the Surface Pro 3 with biometric security, straight from Microsoft
Next Light’s 16-in-1 L16 Camera as Great as DSLRs