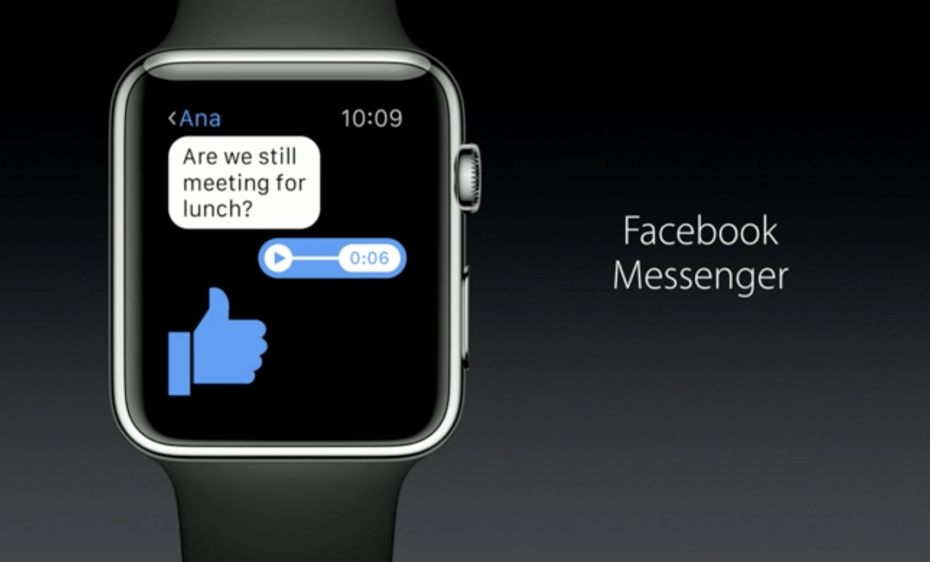 Apple released a brand new operating system last month, the watchOS 2, which brought great improvements to the Apple Watch. Among new watch faces and a series of features, the new platform also promised to deliver enhanced third- party app support. One of the of the most expected app of this kind was the Facebook Messenger. And now it arrived. It is available since Thursday, so everyone who upgraded to Apple’s watchOS 2 can now download it and use it.

The Facebook Messenger app allow users to end and receive voice clips, likes, stickers and more on their Apple Watch. Although not everyone will want to use Facebook Messenger on their Apple Watch all the time, it can come in handy in some situations. Maybe your smartphone is in the other room, in your bag or who knows where else, and you get an important message. Now, you can respond  from your wrist, through the Apple Watch.

Although the fact that Apple Watch owners will now have Facebook Messenger on their gadgets is the most interesting part of the app update, news don’t stop here. According to Facebook and Apple, starting Thursday, iOS 9 users are able to find  Messenger contacts and conversations from their iPone’s search screen. Even more, Facebook Messenger was also brought to iPads, and now users can access Messenger from the list of multi-tasking apps on their iPad.

So, if your own an Apple device that supports the app and you would like to keep in touch with Facebook friends from your Apple Watch, iPhone or iPad, now you can. You just have to download the app from the Apple App Store.

I have always been eager to try out any gadget I could get my hands on. I became a tech journalist so that I could always be around technology and see the newest devices. I use gadgets every day to make my work and life easier. I have enough experience to know If a device is actually improving my activity, offers something useful or new. I will post my honest opinions and judge a device as objectively as I can.
@https://twitter.com/Colin27Anderson
Previous ‘Reactions’ Animated Emoji Tested by Facebook
Next DJI’s Osmo Launched 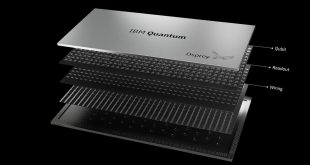 Shuffles, a collage-making application from Pinterest, is released to the public

Shuffles, a new collage-making app from Pinterest, is now accessible to everyone after earlier this …