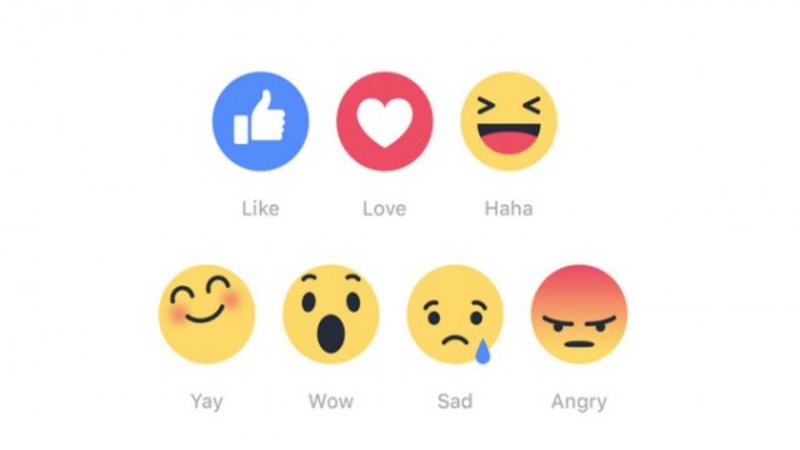 Facebook is thinking about expanding its line of features with ‘Reactions’. This new feature will allow users to express a wider range of feelings, instead of having just the Like button. Although users seemed to request a ‘dislike’ button, Facebook decided to go for another feature to enable Facebook users to let others know how they feel about certain things. The ‘Reactions ‘ feature will allow users to express love, sadness, amazement or that they are angry or excited.

It is not sure whether the new feature is here to stay, it is only being tested at the time. Facebook chose to test ‘Reactions’ first in Ireland and in Spain. It was said that Facebook chose these two countries because users there have less friends outside the borders, so it is a fairly closed circle. They also wanted to test ‘Reactions’ both in English- speaking and non- English speaking countries. As for why Facebook chose to insert the emojis which express exactly these feelings there is a simple answer. They reflect the most widely used one word comments and sticker comments. It seems that love, haha, yay, wow, sad and angry are the words we use the most often on Facebook.

In Spain Facebook users already have the ‘Reactions’ feature on their pages. The set of emojis pops up when users hover over the ‘like’ button with their mouse, and long pressing the same button on touchscreens.We could say that this new feature is basically an extension of the ‘like’ button. It is great that users will be able to express more than a simple like. The ‘Reactions’ feature was needed, because there are situations when you want to show your support briefly and ‘like’ just wouldn’t be appropriate. Although there are six different emojis, so you can express seven feeling considering the ‘like’ option too, but for one post you can only choose one emoji. Maybe it would be a good idea for Facebook to try and make it possible to use more than one, but we’ll settle for what we have right now. We hope that the testing period will soon be over and we all get the ‘Reactions’ feature in the near future.

I have always been eager to try out any gadget I could get my hands on. I became a tech journalist so that I could always be around technology and see the newest devices. I use gadgets every day to make my work and life easier. I have enough experience to know If a device is actually improving my activity, offers something useful or new. I will post my honest opinions and judge a device as objectively as I can.
@https://twitter.com/Colin27Anderson
Previous Sony’s PlayStation 4 Now Only $350
Next Facebook Messenger is Now on Apple Watch