Home / Software / Apple Pay at every Starbucks and KFC soon 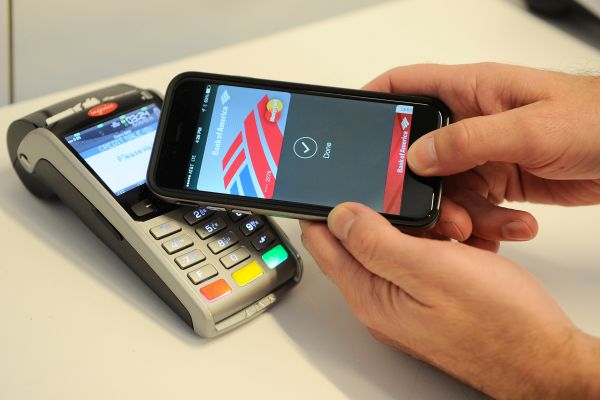 Apple Pay at every Starbucks and KFC soon

Apple Pay was introduced last year by Apple as an alternative to paying with your credit card. The system works by adding your credit card information to its Wallet app. Then you can just use your phone at special terminals to pay for items. According to Apple the system uses the Touch ID fingerprint identification to confirm identity, or a special passcode generated specifically for you. A lot of stores are accepting Apple Pay, including GameStop, McDonalds and Subway. Apple pay works with smartwatches as well, according to Apple.

Apple promises that your device never stores your credit card information, it only acts as a middleman between you and the store. This year at the Re/Code tech conference Apple announced that Starbucks and KFC will start using Apple Pay. Starbucks has previously used its own mobile payment app called Order and Pay. With Order and Pay the user can order what he wants ahead of time and only drop in to Starbucks to pick up his order and pay. This payment method has proven to be successful for Starbucks as it accounts for 20% of all transactions.

At this year’s tech conference, Apple Vice President Jennifer Bailey announced that Apple Pay will expand to both Starbucks and KFC. Bailey said that Apple hopes to expand its Apple Pay program to the restaurants before 2016. The payment method has been rather unused by the general population, and perhaps Apple hopes that by expanding to Starbucks, who has successfully implemented its online payment method, Apple Pay will become more popular.

One of the other restaurants targeted by Apple was KFC, which according to journalist Shara Tibken holds special significance for Bailey because her first job was working for KFC. Apple also hopes to expand the Apple Pay mobile payment system to more stores in 2016.

I'm very curious when it comes to technology. I enjoy tinkering with entertainment and communication gadgets.
Previous OnePlus 2 vs Samsung Galaxy S6: Best flagship in 2015
Next New Robot Smartphone RoboHon revealed at CEATEC