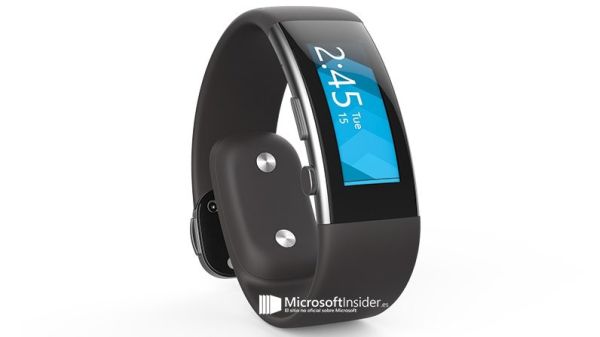 At this year’s Windows 10 Devices event Microsoft unveiled a slew of new devices, among them was the second generation of Microsoft Band, a device originally released in 2014. If you’re not familiar with the device, the Microsoft Band is a multi-purpose fitness tracker in the form of a wristband.

The new device has all the features of the previous incarnation of Microsoft Band, such as a continuous Heart Monitor, Calorie Tracker, UV Monitor, GPS Mapping and Sleep Monitor. All the recorded data is transferred to your Microsoft Health account, which is an online platform that lets you review data collected by fitness apps, like the Microsoft Band. A few new sensors have been added to the second generation of the device, such as the Barometer. According to Microsoft, the Barometer monitors elevation in real time so that you can track your hiking or biking progress.

Another new sensor added to the Microsoft Band is the VO2 Max, an app that can monitor how much oxygen you consume per minute. The Microsoft team pointed out the fact that this information could previously only be recorded at special facilities, using clunky and invasive equipment.

So far the Microsoft Band seems to be tailored specifically for hardcore athletes, but the Guided Workouts feature promises to help anyone get into shape with workouts designed by fitness experts. The app can edit any workout program as well as help you create your own custom workout.

The Microsoft Band is being marketed not just as a fitness tracker, it can sync up with your phone regardless of operating system. It will notify you of incoming calls and will let you respond via pre-set text messages, but the Cortana personal assistant will only be available to those who own a Windows Phone. The Band has both Facebook and Twitter support so it notifies you of new posts without having to check your phone. Other features will include a Weather app, a stopwatch app and a finance app.

The Microsoft Band isn’t anything new on the market, perhaps the most noteworthy aspect about it being the connection to Microsoft Health. The Band seems to be the flagship device for the online health initiative, which according to Microsoft will help people get into shape by offering concrete and usable data. Curently it has a pre-order price of $249.99

I'm very curious when it comes to technology. I enjoy tinkering with entertainment and communication gadgets.
Previous LogMeIn buys LastPass for $110 million
Next Fitbit Surge vs Microsoft Band 2 – Best tracking system in 2015