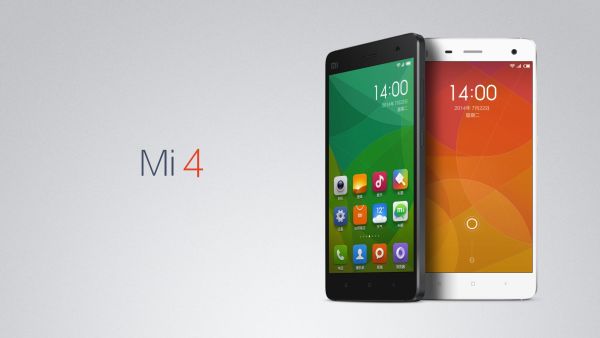 Xiaomi Mi5 soon to be released - will it have the success of the Mi4?

Xiaomi is the biggest smartphone manufacturer in the world, and for good reason. The company has a habit of releasing affordable flagship smartphones that make the competition look arrogant to say the least. With the Xiaomi Mi4 family, the company managed to gain a lot more followers and fans, and that’s not about to change anytime soon. The Xiaomi Mi5 is the next big thing from the company and it’s coming soon.

The Xiaomi Mi5 release date is anticipated for December 2015 or January 2016, but official confirmation from the company is yet to be released. Some say we might see the handset as early as November. Nonetheless, fans of the company are already really excited about the prospects, seeing as almost two years have passed since the original Xiaomi Mi4 was launched.

There are a lot of expectations from the Xiaomi Mi5, seeing as fans were very impressed with previous releases and their prices. The Xiaomi Mi5 price is slated to be no different form its predecessor’s $320 launching price. With such a price tag, the Xiaomi Mi5 should be of interest to anyone who’s a fan of Android handsets, as getting a flagship smartphone for that price is rare, if not impossible.

Xiaomi Mi5 specs and features have been leaked previously, and insiders familiar with the company say that the device will be nothing short of impressive. They suggest a 5.2-inch Quad-HD resolution IPS LCD display, although others peg FHD resolution as the chosen one for the handset. Either way, the handset will position itself nicely in the middle of the smartphone market with that screen size and will compete against Sony’s new Xperia Z5 as well as Google’s Nexus 5X.

The Xiaomi Mi5 will feature either a Snapdragon 820 CPU, Snapdragon 810 CPU os a new HiSilicon CPU. The handset’s storage options will reportedly start at 32 GB, which sounds pretty neat, and RAM will be between 3 and 4 GB, depending on the processor the company is going to choose.

Battery life will be an important aspect of the Xiaomi Mi5 and sources say we should expect a battery that measures at least 3000 mAh and will provide at least two days of battery life on regular use. Depending on the chipset, the handset will have either Quick Charge 2.0, Quick Charge 3.0 or fast charging. Qi-enabled wireless charging is also said to make an appearance,

Two SIM card slots are pretty much guaranteed for the Xiaomi Mi5, and a microSD card slot might also be featured. A removable battery is not that likely however, because the Xiaomi Mi5 design is expected to feature an aluminum-alloy unibody with chamfered edges and a strong, durable body.

The Xiaomi Mi5 camera on the rear will either feature a 13 or a 16 MP sensor, with dual-tone flash and autofocus. Optical image stabilization might also be featured, but take it with a grain of salt. The front camera will most likely be a wide-angle 5 MP sensor with a possible single-tone flash next to it.

If these Xiaomi Mi5 specs are true, we do have to expect a handset that has the chance of blowing away the competition. Even if the price isn’t correct and the handset ends up costing a bit more, as long as it’s under $500 for the unlocked unit, people are going to appreciate it for the price point and value. We’re definitely excited, how about you?

Tech Editor with lots of experience with PC hardware components, iOS and Windows-based mobile devices, and love keeping myself up-to-date with any developments in the industry, which I make my job in sharing with you, our readers.
Previous HTC One A9 Pictures Leaked
Next Top 5 drone models in 2015