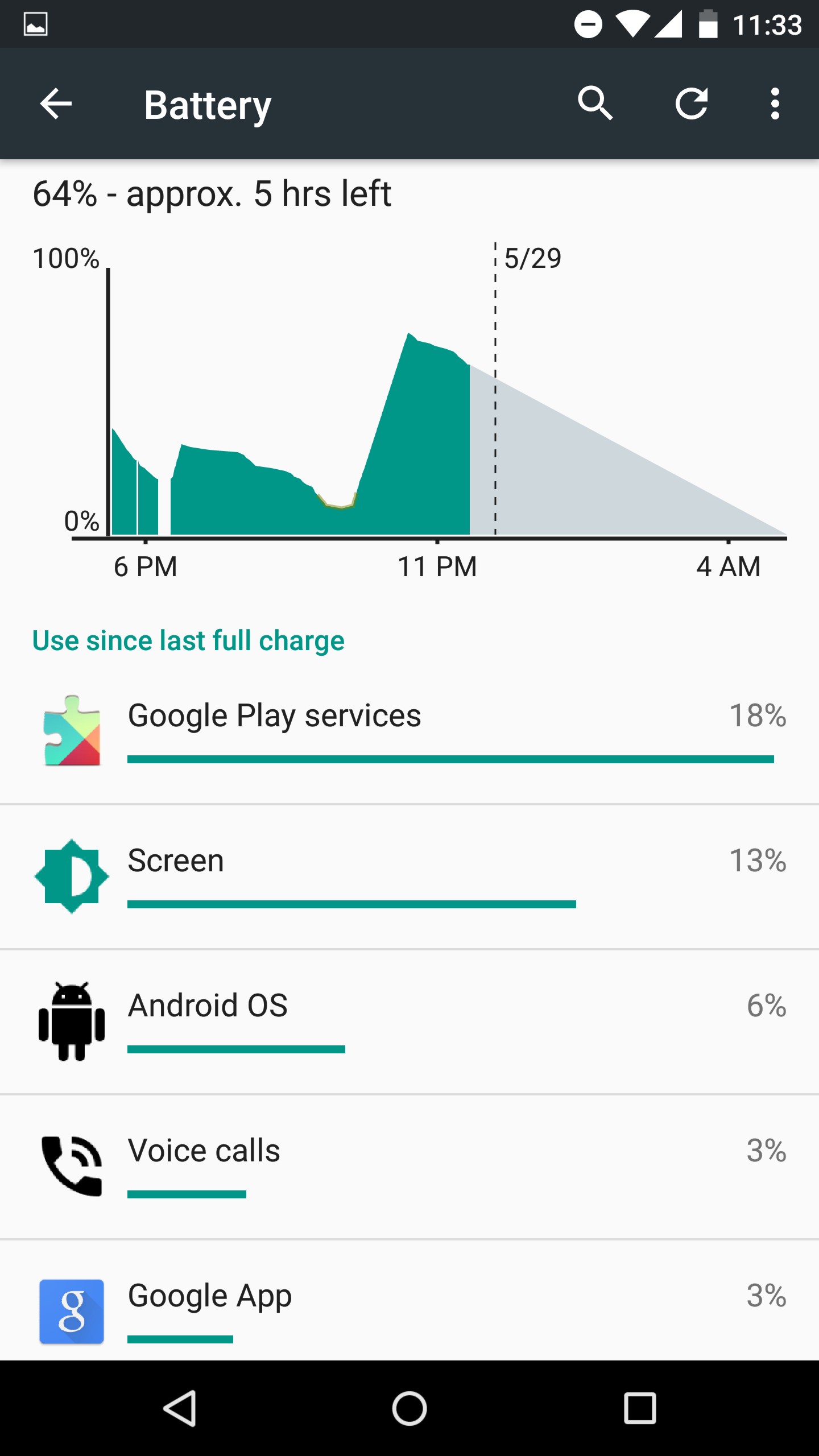 Apparently this Android M bug is an old Android problem, tracked back to Lollipop 5.0. Google’s multitasking operating system is a very complex software and is always being improved. But because Android is used on such a large scale of mobile devices from different manufacturers, who use different hardware it’s very likely that the OS will not behave the same on all of them. One of the main concerns of smarpthone users and manufacturers is battery life.

It’s rare to see a smartphone last for more then 2 days with a single charge. Batteries have reached a stand-still and there hasn’t been a breakthrough for a long time. The only way to save energy and keep a smartphone going longer is through the OS or installing an app that can efficiently manage power usage. Looking back at Android KitKat apps that required data would wake the phone, access the internet via data connection and then close it. After closing the connection the phone would go back into a power sipping mode.  The Android M bug keeps the data connection active and thus some of the device’s hardware components to not enter sleep mode.

Unfortunately the Android M bug has it’s roots in Google’s own apps. It seems that the provider’s app are the most responsible for keeping the data connection active. The Google Play Service is the most active data user. It performs many tasks and that makes it difficult to identify the exact source of the drain. This issue was reported a short time after users upgraded from Android 4.4 to 5.0. The battery charge drained faster in idle mode than before the upgrade.

Google announced that they investigated the problem and indeed found a glitch that caused the device to wake unnecessarily. They claim to have solved this issue and Android M will come with the fix for this and other improvements to battery life. The phone waking up is not the problem with this Android M bug, the problem is the phone not going into stand-by properly so that no hardware is using energy unnecessarily. A short time after Nexus devices received the upgrade to Android 6.0 reports of the bug surfaced. It seems that Google did not fix this Android M bug and maybe they are not even aware of it’s existence. We hope that a fix for this Android M bug is coming soon and we can see an actual improvement in battery life.

I have always been eager to try out any gadget I could get my hands on. I became a tech journalist so that I could always be around technology and see the newest devices. I use gadgets every day to make my work and life easier. I have enough experience to know If a device is actually improving my activity, offers something useful or new. I will post my honest opinions and judge a device as objectively as I can.
@https://twitter.com/Colin27Anderson
Previous LG G4 update to Android 6.0 confirmed, December release hinted
Next BlackBerry might focus solely on software in the future