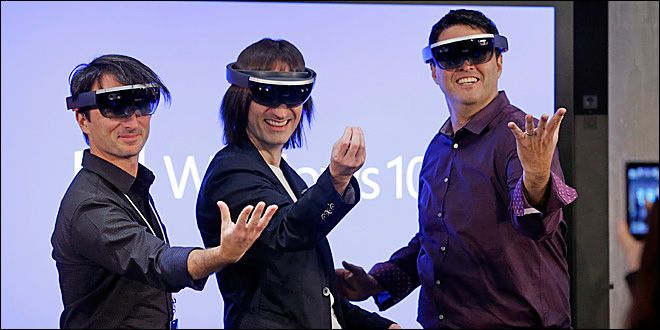 Will Google Glass be able to compete with Microsoft's HoloLens in 2016?

Google Glass and HoloLens to be competing products next year

It looks like Google and Microsoft are going to have a bit of a competition next year. Although the two companies have made up this year regarding mobile patents (with a conclusion to be seen), they are still competing forces in multiple tech industries. Google Glass and the HoloLens are two of their most anticipated products and while Glass has been anticipated and tested for a couple of years now, HoloLens has not even had its first hands-on session with developers. That should be fixed as throughout October and November, Microsoft is hosting HoloLens hands-on events across the U.S. and Canada.

Google Glass was already launched once last year, but its high price tag and limited functionality as well as the infamous Glasshole trend have made the wearable rather obsolete in the minds of consumers. Google however repeatedly assured the industry that Google Glass would be a revolutionary product when its time came. It looks like the time is here, almost.

Both Google and Microsoft are expected to launch their augmented reality headsets next year. Although exact release dates have not been announced for either of these devices, both companies have repeatedly confirmed that they would have consumer versions of the high-tech devices available in 2016.

Google Glass is going down the hologram road as new information about a patent that the company was granted is revealed. Apparently, Google Glass will features similar augmented reality overlaying tech that would create immersive experiences that merge virtual with reality. According to the patent, Google Glass will be able to project holographic images similar to the HoloLens.

The Microsoft HoloLens is one of the most impressive devices that the Redmond-giant is supposed to launch. The company is ready for developer units, but the problem is that they kit costs $3000. That leads us to believe that a consumer version of HoloLens might be just as expensive as Google Glass was when it was first launched ($1500 per unit). With that in mind, Google Glass might end up being the consumer headset because the Mountain View search engine giant has already emphasized that price is going to be a very important aspect that they intend to change when it comes to the Google Glass.

Google Glass has since been renamed Project Aura within the company. Since Google Glass aka Project Aura is still relatively uncertain, with Google still pondering its features, we’re not entirely sure if it will make it to market ahead of HoloLens. If it does, we’re curious to see the smack-down between the two augmented reality devices.

Tech Editor with lots of experience with PC hardware components, iOS and Windows-based mobile devices, and love keeping myself up-to-date with any developments in the industry, which I make my job in sharing with you, our readers.
Previous Hulu’s VR App To Become Available Next Month
Next Aspire Z3- 700 – Acer’s New Portable AiO