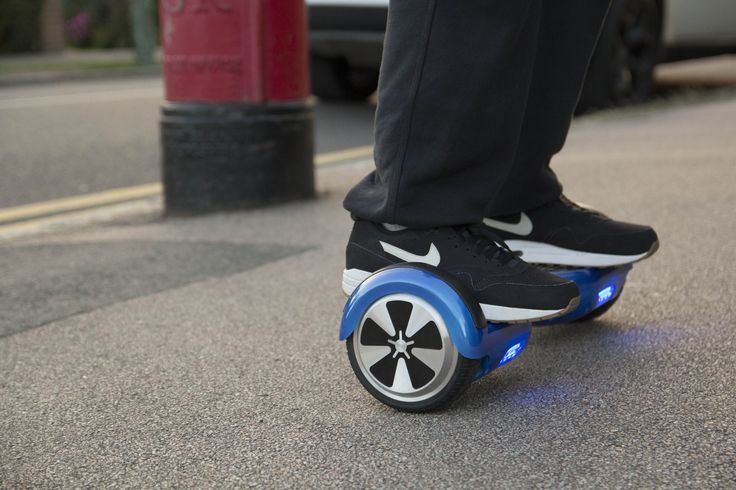 Hoverboard use banned in Britain

Britain makes hoverboard riding in public illegal. The Crown Prosecution Service announced that the devices are too unsafe to ride in the street and too dangerous to drive on the pavement. According to the CPS report hoverboards can only be ridden on private property.

The device is officially called a Hovertrax and is similar to a Segway personal scooter, the most obvious difference between the two being the lack of handle on the Hovertrax. The main selling points of the device is its self-balancing system and its portability. The device is so similar to a Segway scooter that it got the developing company, Inventist into trouble. Segway sued Inventist over the fact that they developed the hoverboard while ignoring existing Segway patents. Segway is trying to get Inventist to stop selling the hoverboard as well as pay damages and attorney fees.

The Hovertrax is very easy to use, to move all you have to do is lean in the direction you want to go. This coupled with the fact that multiple celebrities have been spotted using the hoverboard made the device ever so popular. For Inventist that means that the hoverboard became a very profitable product while for others it became a nuisance on the street.

British law states that since the Hovertrax is a power vehicle, just like the Segway, it is illegal to drive it on the pavement, according to section 72 of the British Highway act. Scotland does not enter the jurisdictions of that law but hoverboards are illegal there as well, according to the Scotland Roads Act. The hoverboards can’t be ridden on the road because the British law does not consider them fully fledged vehicles.

For those who find reassurance in the fact that the hoverboard can be ridden on private spaces, don’t start celebrating just yet. Some of the bigger landowners have started banning the use of the hoverboard as well.

I'm very curious when it comes to technology. I enjoy tinkering with entertainment and communication gadgets.
Previous ‘Bye, Bye’ goes the Plugin. Mozilla Firefox joining the ‘war’ by the end of 2016.
Next Facebook’s spam filter temporarily blocks the phrase “everyone will know”