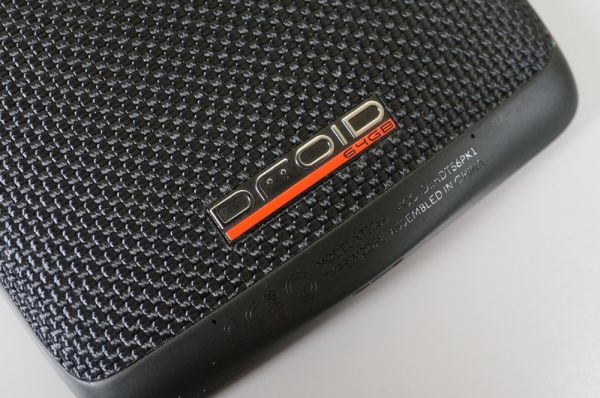 Motorola Droid Turbo 2 close to release as wallpaper leaks out

Fans of Motorola and last year’s Verizon-exclusive Motorola Droid Turbo should rejoice, as the handset’s anticipated successor is getting closer to a possible launch. While renders and leaked images and benchmark scores have already revealed a couple of features of the Motorola Droid Turbo 2, now we can get a glimpse of the first wallpaper that is said to be on board the new devices.

You can actually download the Droid Turbo 2 wallpaper and use it on your own smartphone, to get a taste of a bit of a Marshmallow-feel and feel updated, even if you’re not. Motorola and Lenovo have not discussed the launch of the Droid Turbo 2 yet, but sources and insiders believe the handset should be launched by the end of November. Most people peg the launch for mid-November, while others say it could arrive as early as this month.

The Droid Turbo 2 is an anticipated device, because regardless of its Verizon-exclusive variant, the handset will be made available unlocked and carrier-free under the Moto X Force moniker. Or at least that’s what leaks suggest: the two devices are one and the same. The Droid Turbo 2 release date was originally pegged for October, with a launch event allegedly occuring in India, but those rumors seem to have died down.

While the wallpaper leak is interesting, the supposed features of the Droid Turbo 2 are much more so. Apparently, the handset will feature a 5.4-inch QuadHD resolution display with a 1440*2560 resolution on an AMOLED display. Motorola will most likely use the Snapdragon 810 SoC backed by 3 GB RAM and 32 GB internal storage for the base model, with a 64 GB model also to be launched.

The Droid Turbo 2 camera is said to be legendary, as sources suggest a 21 MP camera on the rear with optical image stabilization and RGB flash and a 5 MP wide=angle selfie with HDR capabilities on the front. There’s also suppoed to be a 3760 mAh battery on board that should support fast- and wireless charging. With that setup, we’re definitely excited to see what the Lenovo-owned company cooked up.

Until the Droid Turbo 2 is announced, you guys can download the first wallpaper that is going to be present on the new device and speculate about design and features that you see Motorola including in the new handset. Tell us if the Droid Turbo 2 is the one you’re interested in or if you’re going to wait for the international version, the Moto X Force, to be released instead?

Tech Editor with lots of experience with PC hardware components, iOS and Windows-based mobile devices, and love keeping myself up-to-date with any developments in the industry, which I make my job in sharing with you, our readers.
Previous Facebook’s spam filter temporarily blocks the phrase “everyone will know”
Next Android 6.0 Marshmallow AOSP available for Sony Xperia devices