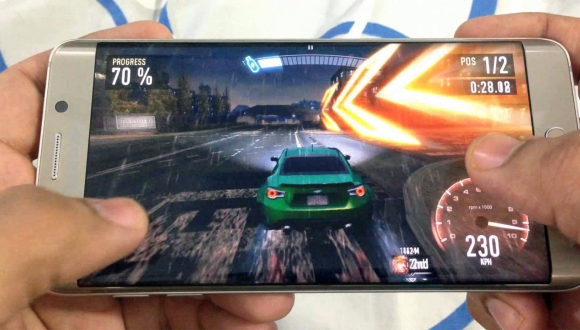 Samsung launched a new game tuner for mobile devices. The ability to tune the settings of your game is the staple of PC gaming, this ability allows gamers to customize the way in which they play the game, as well as allowing them to play more demanding games on older machines. This possibility was practically nonexistent on mobile devices. That’s why Samsung has launched a new game tuner.

The game tuner allows you to play games on your mobile device that you might have otherwise been unable to play because of the game’s high demands. Samsung’s tuner allows you to change the settings on each of your games to low, medium and high. It will also detect any games you have installed on your device and allow you to modify its settings from within the game tuner app itself.

Currently the game tuner is only supported on Samsung’s Galaxy S6, S6 Edge, S6 Edge+ and Galaxy Note 5 devices. These devices are all powerful on their own and the game tuner is marketed as away to save battery life but the app would be a lot more useful if Samsung added support for older devices. The app can be downloaded on the Google Play Store and requires Android version 5.0 Lollipop.

I'm very curious when it comes to technology. I enjoy tinkering with entertainment and communication gadgets.
Previous Skarp gets project pulled from Kickstarter relocates to Indiegogo
Next Twitter Suspended SBNation’s and Deadspin’s Accounts due to Copyright Infringement