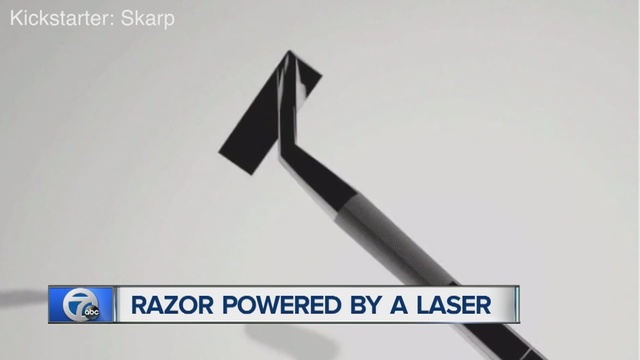 Skarp gets project pulled from Kickstarter relocates to Indiegogo

A new Kickstarter campaign for a laser beam razor has been suspended. The device is being developed by a company called Skarp, and promised to let you shave using a laser beam instead of regular old blades. The project had amassed a little over $4 million when Kickstarter pulled the plug. Kickstarter explained its decision in an email sent to backers. The company said that the Skarp laser razor was in violation of one of its rules, namely the rule that says a product must have a working prototype of a physical object promised as a reward.

Skarp promised that their new device could let you shave using controlled laser beams, and that this new product would eliminate razor burn, the need for replaceable blades and cuts. Some Kickstarter users expressed their concerns about the product and said that it seems far-fetched. Skarp did release a video showing the device in action but it was not very effective. Pretty soon Kickstarter agreed with the concerns of the users and pulled the plug on the project due to the lack of a working prototype.

Not to be discouraged, Skarp took its business elsewhere specifically on Indiegogo, another online crowdfunding platform. On Indiegogo Skarp has already raised a little over $200,000 which is $40,000 more than its target goal. The project was submitted using the flexible funding feature, which meant that Skarp would keep all the money it received even if they did not reach their goal.

Even if Skarp changed avenues from Kickstarter to Indiegogo, the doubts remain and users still demand a working prototype, saying that the company had its project suspended on Kickstarter for a reason. While Kickstarter did the right thing by protecting the interests of its users, some have criticized the move saying that crowdfunding is all about belief in a project.

I'm very curious when it comes to technology. I enjoy tinkering with entertainment and communication gadgets.
Previous LINE adds new letter sealing feature to its messaging platform
Next Samsung’s game tuner can help save battery life