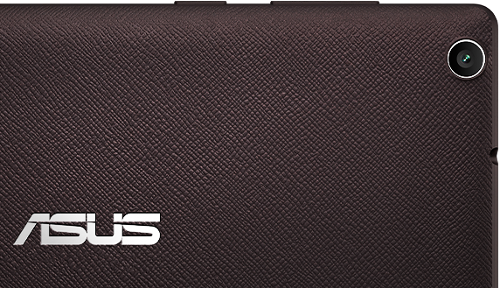 The Lenovo Tab 2 A7-20 and the Asus ZenPad C 7 are two affordable entry-level Android tablets that hit the market this year. Both have a very nice design, maybe a little bit too similar to each other. Both of their screens are almost edge to edge with a trim running all around the edge. They both have a speaker and a front facing camera on the top and no button on the front. They are two of the best entry-level tablets that came out this year. There are plenty similarities between them, but also a few major differences. I will shortly present their specs and compare the A7-20 to the ZenPad 7.0. 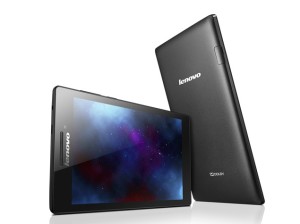 The A7-20  is an entry-level Android tablet produced by Lenovo and released this month. This device is the successor of the Lenovo Tab 2 A7-10 released this year in July. These 2 tablets have their release date pretty close to each other and I don’t see a lot of improvements in the Lenovo Tab 2 A7-20. The main difference that jumps out is the camera. The previous version has a primary VGA camera and no secondary one, while the A7-20 has a maine 2 MP camera and a secondary 0.3 MP one.

The A7-20 features a 7 inch IPS display with a resolution of 600×1024 pixels. Under the hood, the tablet is equipped with a quad-core MediaTek CPU clocked at 1.3GHz and a RAM capacity of 1 GB of DDR3. It comes with 8 GB of built in storage memory and has Micro SD card support up to 32 GB. As I mentioned before the Lenovo  Tab A7-20  received an upgrade on the camera compared to the previous version, the A7-10. The A7-20 has a rear facing 2 MP camera and a front facing camera with a 0.3 MP sensor. To give the tablet a good autonomy, Lenovo gave it a 3450 mAh non-removable battry.

At the moment the A7-20 runs on Android 4.4 KitKat, but is upgradeable to Android 5.0. It only has 3 sensors: proximity, accelerometer and an ambient light sensor. Sadly this device looses ground in front of others because of its lack in connectivity options. It only has Wi-fi capabilities and a 3.5mm jack for headphones. One aspect I found that was a pleasant surprise is the fact that this tablet has Dolby sound. 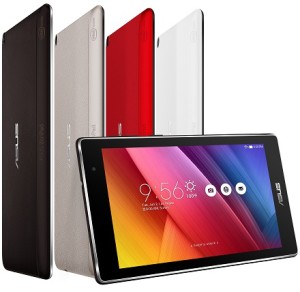 The C 7 is one of the most affordable name-brand tablet on the market. It comes with a very nice design, you can choose between black, white, red and Aurora Metallic. All variants have a chrome rim on the edge of the device and a textured rear to improve your grip on it. This is only one of the ZenPad’s C 7 highlights, there are more pleasant surprises to be found on the inside of this device. The C7 is a very capable tool for simple day-to- day tasks like reading e-mails, browsing the web, accessing different social media, basic phone functions and video calls.

Asus equipped this tablet with a 7″ IPS LED display that has a resolution of 600×1024, just like the Lenovo A7-20, with a pixel density of only 170ppi. This doesn’t seem very impressive, but helps make the 3450 mAh battery last longer. To enhance the visual experience, Asus used Visual Master, a combination of hardware and software to provide a better image on the display. The brain of the C 7 is an Intel X3 processor along side 1 GB of RAM. Just like in the case of the A7-20 this is not a combination for quick app access and overall speed.

The Asus ZenPad C 7 comes with 16 GB of internal memory, a plus when looking at its rivals. And of course the possibility to expand the storage space by using a Micro SD card up to 64 GB. When it comes to connectivity the C 7 has all of the major capabilities. It features a micro SIM slot with 3G support, Wi-Fi, Bluetooth 4.0, GPS sensor and 2-1 audio 3.5mm jack. This allows the use of a hands-free headset.

The ZenPac C7 runs on Android 5.0 Lollipop and comes with a bunch of preinstalled apps. The OS and the apps use up around 7GB of the internal memory. But some of those apps can be uninstalled. The problem seems to be that there are several apps for the same task. When you buy the device you get Asus’s own apps and Google’s suite as well, so you end up with a lot of apps that basically do the same thing. For example you have 3 apps for taking notes or tasks.

Here are the C7’s key specs:

Between these two devices, the A7-20 and the C7, we see that they have a lot of similar features and hardware. But there are a few differences that tip the scales. The ZenPad C7 is superior to the Lenovo Tab 2 A7-20 in 2 crucial ways. One is the larger storage capacity and the other, the most important, is the fact that it offers more connectivity capabilities.

I tried not to point out the Lenovo’s A7-20 and the Asus’s ZenPad C 7 weak points and flaws and focus on the positive aspects.  Like I said before, these are great gadgets for a normal day to day use. They are able to perform simple tasks with ease. These tasks include web browsing, taking pictures, reading and sending e-mails, etc. But more demanding and complex tasks immediately show the A7-20’s and the C 7’s limitations. If you have one or two apps running in the background you will see some lag even when you scroll through the apps menu.

We have to keep in mind that the C 7 and the A7-20 are both entry-level devices. And even more so, they come at a very affordable price, 100 US dollars or less.

I have always been eager to try out any gadget I could get my hands on. I became a tech journalist so that I could always be around technology and see the newest devices. I use gadgets every day to make my work and life easier. I have enough experience to know If a device is actually improving my activity, offers something useful or new. I will post my honest opinions and judge a device as objectively as I can.
@https://twitter.com/Colin27Anderson
Previous TAKEE 1 – The First Holographic Smartphone
Next LG V10 vs. Samsung Galaxy S6 Edge Plus- Double Screen vs. Dual Edge