Google’s Nexus 5x and LG G4 are two very impressive smartphones made by the manufacturer LG. The company managed to release a number of successful smartphones over time, with high-end characteristics, elegant looks and materials that handle day-to-day use very well. Google eventually took notice of the South Korean manufacturer after having 3 previous Nexus devices. The first was made by HTC, the second and third by another South Korean company, Samsung. Collaboration with LG started with the Nexus 4, then came Nexus 5 and now Nexus 5x.

The first thought is that Nexus 5x will be a copy of another LG smartphone and Google only stamped their Nexus trademark name on it. It’s certain that similarities are present, we can find similar characteristics between devices from 2 different manufacturers. In this case Google oversaw production and gave their input in order to create the Nexus 5x smartphone that stands out from other LG phones and of course to have Android run on it flawlessly.

I will briefly present the most important aspects of the Nexus 5x and the LG G4 and draw a conclusion to see if Google’s device is better than what LG makes for themselves. 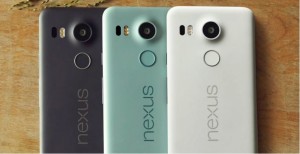 Nexus 5x is the result of a fruitful collaboration with LG, a collaboration that produced 3 very nice Nexus phones. The 5x comes with a series of changes and improvements from the previous model. The first thing we notice is the increased size of the Nexus 5x, but it’s only 10mm taller than the Nexus 5. Google didn’t neglect the users who want a single hand device. Some people were worried when the Nexus 6 from Motorola was launched that it would bring the end of Nexus phones that would fit and be operated with one hand. Luckily Google understands the importance of a smaller devices and this year launched 2 smartphone, the Nexus 5x with a 5.2 inch display and a phablet with a 5.7 inch display. This way Google made all their fans happy by upgrading 2 different size devices at the same time. 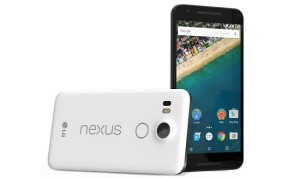 It’s powered by the Snapdragon 808, a quad-core 1.44 GHz Cortex-A53 and dual-core 1.82 GHz Cortex-A57. The camera received a noticeable upgrade, the main one has a 12 MP sensor, with laser auto-focus, dual tone LED flash. The Nexus 5x also features a secondary front facing camera that has a 5MP sensor. There are also a bunch of sensors that are used by different apps accelerometer, gyroscope, barometer and so on. To keep the device running more, Google asked for 2700 mAh non-removable Li-Po battery. This battery should have no problem of keeping the Nexus 5x powered on for at least 2 full days of mixed use.

As big positive features, the Nexus 5x comes with the brand new Android OS, 6.0 Marshmallow. Even tough other Android devices will receive an upgrade to Android M the Os will probably not run as smooth as it does on Nexus. This is one of the biggest advantages of having a Google device. Another novelty is the USB type C connection, Nexus being among the first smartphones to feature this type of connection.

Here is a list of the Nexus 5x’s key specs and features: 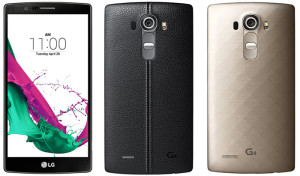 The G4 is one of LG’s most famous devices yet and is the flagship that helped the company gain some ground on their main rival, Samsung. LG delivered a device that finally fitted into the costumers check lists. A longer battery life, a superior display, an impressive camera and elegant finishing touches in the design. At a first glace it really looks like the perfect phone, it’s equipped with hi-end hardware, looks gorgeous and has a very decent price tag.

The G4 is different from most of the other flagships who adopted a unibody design, LG made the back detachable in order to have a removable battery. This way they addressed some safety issues regarding the battery. But a detachable back isn’t as premium looking as a unibody design. From the front the phone looks great, a good size screen with a thin bezel, a speaker on the top alongside a proximity sensor and the front secondary camera.

No buttons are found on the sides of the G4, the volume rocker and power button are placed on the back of the device. The back is slightly curved to give a better feel in the palm and also to make room for the larger battery. Above the volume rocker sits the camera sensor and next to it on the left and right there is an infra-red port and the LED flash. LG delivers the G4 with 2 different back covers, a plastic one with a diamond looking finish and a leather covered version. The plastic doesn’t offer much visual or texture wise, but the leather finish brings a premium look and feel to the phone. I would have liked to see such an option on the Nexus 5x as well.

After powering on the device we see that the display delivers a crisp and sharp image. The device has a very nice  screen to body ratio,72.5 %. The QHD resolution and the contrast ratio impresses by the fact that it creates an image almost as deep and rich a Samsung’s AMOLED display.  This is a clear advantage to the Nexus 5x display which is only HD.

Just like the Nexus 5x the G4 is powered by the Qualcomm MSM8992 Snapdragon 808. This is a very good SoC for multitasking, gaming and different entertainment features. The Snapdragon 808 is not the top of the line, but with the 3GB of RAM and software optimization the G4 moves and responds very well. There’s no lag in day-to-day use or gaming. The camera packs an impressive 16 MP sensor, 5312 x 2988 pixels with laser autofocus and LED flash. The secondary camera is also superior to the one found on Nexus 5x, having an 8MP sensor capable of filming full HD at 30 fps. The camera responds to gestures, for example by bringing the hand up and close to the phone will trigger the countdown.

To keep the phone going though the day LG gave it a 3000 mAh battery, a large battery that played a role in crafting the back panel. But for some reason the OS uses a lot of energy and the phone barely gets through a full day of mixed use. Hopefully the upgrade to Android 6.0 will solve this problem and manage energy more efficiently.

In conclusion the G4 looks to be a more powerful device than it’s younger stepbrother the Nexus 5x, it seems to be superior in almost every aspect. But depending on what you want to use the phone for, the G4’s advantages to the Nexus 5x may not tip the scales. The main advantages of the G4 are the display, camera, battery and back panel with leather cover. At those dimensions the image quality between full HD, like the Nexus 5x has, and QHD are slightly noticeable. The 16 MP camera takes good pictures but if you’re not printing them on 18/12 inch paper 300 ppi and only viewing them on a computer screen than what’s over aprox 8MP is a waste of space. The battery is indeed larger than on the Nexus 5x, but the device can’t manage it efficiently and looses a lot of energy and you might end up with the same autonomy or less then the 2700 mAh one gives the Nexus 5x.

The last advantage of the G4 is the stylish leather back, it’s hard to find something negative about it, I really like the way it looks. But some users have complained that it doesn’t feel like the high quality leather you might find on a watch strap or expensive wallet, it feels thin, stretched, grainy and more like an imitation.

The Nexus 5x has only 2 advantages in my opinion, but they are maybe the most important. The first is the way Android runs on a Nexus device, the fact that it has the purest Android code and Nexus is the first to receive any upgrades. The second advantage of the Nexus 5x is the USB Type-C interface. It allows faster charging, faster data transfer and uses one interface for all the inputs and outputs you may need, except the 3.5 mm headset jack which should be kept as a standard for audio output and microphone input.

I have always been eager to try out any gadget I could get my hands on. I became a tech journalist so that I could always be around technology and see the newest devices. I use gadgets every day to make my work and life easier. I have enough experience to know If a device is actually improving my activity, offers something useful or new. I will post my honest opinions and judge a device as objectively as I can.
@https://twitter.com/Colin27Anderson
Previous iMac vs. Aspire Z3- 700: Which Is The Ultimate AiO?
Next Pixel C vs. Surface 3- The $499 Hybrid’s Battle