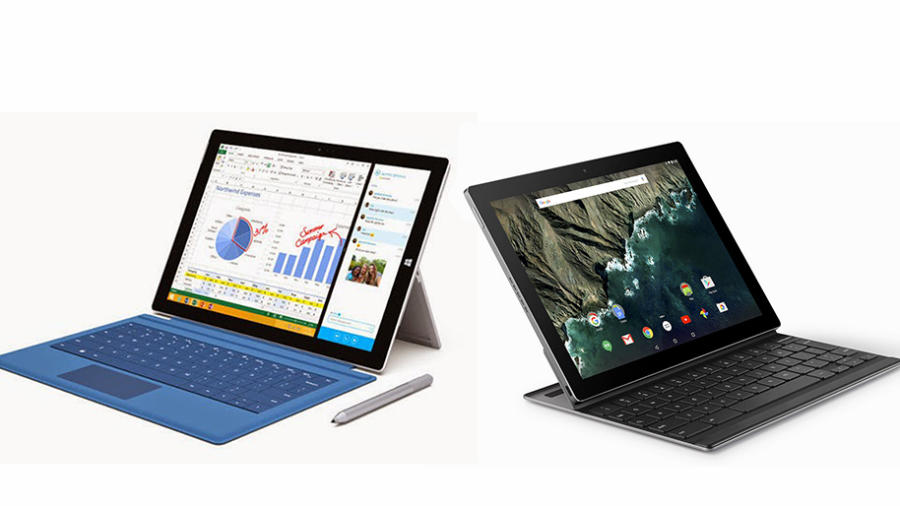 Google released its own version of a convertible 2-in -1 at the end of last month. The Pixel C is now a new competitor on the hybrid market. It has to take up the fight against iPad Pro devices, iPad Air 2, Microsoft Surface 3 and Surface Pro 4 and other convertible devices. To be fair to the Pixel C we are going to compare it with the less powerful of them, with the Surface 3. They have about the same size, and the same price so these two will probably be direct competitors for the attention of customers.

The recently revealed Pixel C comes with a 10.2- inch touchscreen with 2560 x 1800 pixels resolution and an impressive 307 ppi pixel density. We say impressive because it is higher then both its major competitor’s (iPad Air 2 and Surface 3) pixel density. This means that the Pixel C delivers crisp and clear images. The body of the Pixel C is made from metal so it offers its users a premium feel when they hold it. The metal is also good for ensuring the durability and the good looks of the Pixel C. The Pixel C is incredibly thin and light, so portability definitely won’t be an issue for those who will opt for Google’s hybrid. 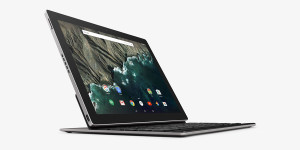 Google’s Pixel C is powered by an Nvidia Tegra X1 processor combined with Nvidia Maxwell GPU. It includes 3 GB of RAM and comes in two storage versions. One model offers 32 GB internal storage, while the other comes with 64 GB storage. The Google Pixel C doesn’t offer the possibility for users to extend the storage. Not only does the Pixel C not offer a microSD card slot, it is rather skimpy on ports also. The Pixel C only has one port. It is a Type C port, we have to admit, but given the fact that this one port is supposed to be used both for connectivity and charging, it might prove to be insufficient at times.

Just like a great number of other hybrid tablet/ laptop devices, the Pixel C can be connected to a keyboard. This is not included in the price of the product, but users will be able to purchase it separately. The keyboard designed for the Pixel C is made from the same metal the body of the tablet was made from. It has the same premium feel to it, so users will definitely enjoy it. It is a compact keyboard, a pretty small one, that connects to the Pixel C via a series of magnets. Google says that the magnets are so powerful, the device will stay connected to the keyboard even when held up high. Although we wouldn’t want to try to do that, we will admit that the keyboard of the Pixel C is one of the greatest on the market. It should be, for $149. 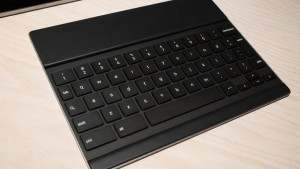 The battery of the Pixel C is said to last up to 10 hours on a charge. This is not bad at all in comparison with other similar devices. The Pixel C will run on Android 6.0 Marshmallow out of the box. This means that a great number of apps and features will be offered by the Pixel C.  The Pixel C should offer the perfect Android experience to its users given the fact that it probably gets the purest version of the software. It also comes with both a back camera and a front- facing one. The primary camera of the Pixel C is a 8MP one, while the secondary camera is equipped with a 2MP sensor. Prices for the Pixel C will start at $499 and go up to $599.

The Surface 3, just like the Pixel C has an appealing design. It is a highly portable device due to the metal build and the thin body. It has a kickstand that can be set to three different angles, depending on what users need to use it for. The 10.8- inch touchscreen of the Surface 3 is slightly larger than the screen of the Pixel C. The latter one is the same size as a sheet of paper. The Surface 3 comes with a full HD resolution and 214 ppi pixel density. Both the resolution and the pixel density are lower compared to the ones featured by the Pixel C. This means that the image delivered by the Surface 3 won’t be as clear and crisp as the image of the Pixel C. Even so, the screen of the Surface 3 is a pretty good quality one that delivers good images. All in all its design ensures great portability and a great user experience. 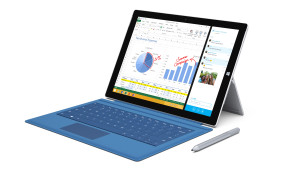 The Surface 3, unlike its predecessors that ran on Nvidia Tegra processors, like the Pixel C, now runs on a quad-core 1.6GHz Intel Atom x7-Z8700 processor. This is combine with Intel Gen 8 Broadwell Graphics. The Surface 3 comes in two versions. One of them offers 2 GB of RAM, the other one offers a higher 4 GB of RAM. Although the base version is less powerful than the Pixel C, the other model surpasses the Google device’s 3 GB of RAM. The Surface 3 also has an advantage over the Pixel C when it comes to internal storage. While the storage offered by the Pixel C maxed out at 64 GB, the Surface 3’s base model comes with the same storage and the more powerful one offers 128 GB internal storage. On top of this, the Surface 3 also offers its user the possibility to expand their storage thanks to the microSD card slot it features.

Speaking of ports and connectivity, this is one chapter the Surface 3 easily beats the Pixel C. While the Pixel C only comes with a Type C USB port, the Surface 3 comes with a full USB 3.0 and a Mini DisplayPort. Just like the Pixel C, the Surface 3 also has a backlit keyboard that can be connected to the device. Although it may not have the same premium feel as the one featured by the Pixel C, the Surface 3’s keyboard is also fully functional and it is able to easily get the job done. Not only does the Surface 3 have an attachable keyboard, it also supports the use of a stylus, which can’t be said about the Pixel C. Not every user will feel the need to be able to use a pen on the tablet, but for those who do the Surface 3 ensures this possibility. The only downside to these features is that they are not included in the price of the tablet. This way, those who would like to have them will have to pay an extra $49 for the pen and $129 for the Bluetooth keyboard. 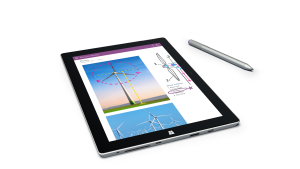 The battery of the Surface 3 is slightly less powerful than the one featured by the Pixel C. It will probably last about two hours less in normal use. The camera system on the other hand is a little bit better with the Surface 3. It has the same 8 MP camera on the back, like the Pixel C, but the front- facing camera has a 3.5 MP sensor which is better than the 2 MP one on the Pixel C. Another feature which is considered to be a lot better on the Surface 3 is its operating system. It ran on Windows 8.1, but now it is upgradable to a full Windows 10. Let’s be honest, we can’t even compare the Windows 10 full PC experience with the Android 6 offered by the Pixel C. The starting price of the Surface 3 is the same as the Pixel C’s, $499. Depending on how users choose to configure their Surface 3, its price can go up to $699.

The new or the old one is better?

The Pixel C might just be the best looking Android convertible ever delivered. But we don’t think that is enough to rule in favor of the Pixel C when it is compared to the older Surface 3. Yes, it looks better than the Surface 3, but if we consider the storage offer by both of them, the Surface 3 is clearly in advantage. It’s the same case if we think of the operating system. Although not everyone uses their hybrid as a laptop all the time, the fuller Windows 10 can definitely offer more. A great part of the users will probably opt for it instead of the Android 6.0 Marshmallow. The cameras featured by the Surface 3 are also better. On the other hand the Pixel C is more portable, so for those who really need a tablet, not a laptop this might weigh in a lot when choosing between the two. Although devices are great, high- end tablet- laptop hybrids, we would opt for the Surface 3. It would soothe our needs better and we think that it offers more for the same price.

I have always been eager to try out any gadget I could get my hands on. I became a tech journalist so that I could always be around technology and see the newest devices. I use gadgets every day to make my work and life easier. I have enough experience to know If a device is actually improving my activity, offers something useful or new. I will post my honest opinions and judge a device as objectively as I can.
@https://twitter.com/Colin27Anderson
Previous Nexus 5x vs LG G4 – Stepbrothers face to face
Next 4K Laptops: where do we draw the line?