Home / Gadgets / Beats Pill+, the right speaker for you? 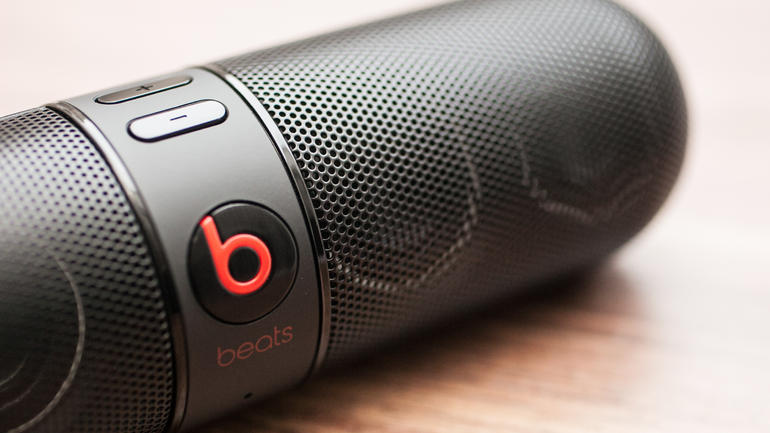 Beats Pill+, the right speaker for you?

Beats by Dre is bringing you an improved version of their pill speaker in form of Pill+. It seems that Dr. Dre is sick of dealing in headphones and he went O.G with dealing drugs (get it… pills?). Is this upgraded version worth ditching your older one or even start buying a new speaker for your mobile phone? Let’s see the technical aspects first and you decide.

From a design standpoint, they seem to have ditched the whole ‘pill’ look with this upgraded version. This one looks squarer and like the type of pill you wouldn’t want to swallow, due to the fact that this version is bigger than its precursor in every aspect. It gained some weight for starters, weighing in at 0.74kg compared to the old 0.31kg and grew in size quite a bit with a 63mm height compared to 45mm.

Sure, it might be fatter and taller, but it also brings in new improvements. For example: they added a 12.5W PSU and include a lightning to USB-A charging cable, which can be used to charge your phones or other devices and Pill+ will fully charge in 3hrs. This version also comes with more user control over the device due to its “b” button control and with that, you can also receive and hold calls using the built in speakerphone. The battery life is almost doubled, clocking in 12hr compared to the old 7hr and of course, it’s still a wireless speaker. To own this beauty you will have to shell out $229 and that’s all I have to add from the technical standpoint.

In my opinion, speakers for your phone simply aren’t worth it, the quality will be subpar and it can never reach the raw power and bass a dedicated speaker can deliver. But everyone knows that this is all about mobility and I can give you that, it comes with nice little features but I wouldn’t spend $229 on them. Then again, I can’t be 100% objective as I simply dislike beats products, considering them overpriced low quality gadgets with a fancy name and logo attached to them. In the end, it is up to you if you want to add the new Pill+ to your collection or not.

I am passionate about gadgets and everything tech related.
Previous 4K Laptops: where do we draw the line?
Next OnePlus2, HarmanKardon join the October Sale on Everbuying