The Nexus 5 was released almost two year ago, on October 31, 2013. Now, after only one year, eleven months and 6 days later, it was replaced. And there is no turning back from this. Since the new Nexus 5X first surfaced, people started to forget about the first Nexus 5, manufactured by LG and launched by Google back in 2013. Of course, customers are always interested in the newer products. But in the case of the Nexus 5 it’s not only the better specs of the Nexus 5X that made people forget about the older Nexus 5. It was also its operating system. 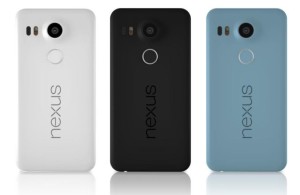 The Nexus 5X, or Nexus 5 2015, as you wish, runs on Android 6.0 Marshmallow. To be specific, it was one of the first  devices to come out of the box with the latest Android version. And what more could one hope for than the purest version of Google’s latest operating system?  Android users certainly Enjoy the ultimate Android experience: the latest Android OS on the latest Google smartphone. It’s Android heaven, I say. 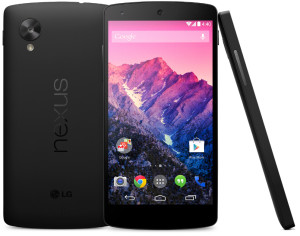 We have to admit that the new operating system version is not the only advantage of the Nexus 5 2015 over its older brother. It also has a bigger display, although this led to a lower pixel density, but the image quality didn’t suffer a heavy blow. The screen- to- body ratio of the Nexus 5 was also better than the one featured by the Nexus 5X, but users will surely forgive this decrease when they get the Android 6.0 Marshmallow on their hands. Another improvement seen in the new Nexus 5 is its more powerful, hexa- core processor. It also comes with a newer generation GPU, so that should be a win for the Nexus 5 2015 also. On the other hand, the new Nexus 5 didn’t change a bit when it comes down to memory and storage. It still includes 2 GB of RAM and can be purchased with either 16 GB or 32 GB storage. This is a little disappointing, but then again… Android 6.0 Marshmallow. This might be enough for users to upgrade to the Nexus 5 2015. Although they will get the Android 6.0 also, only a little later than the ones who purchased the Nexus 5X. 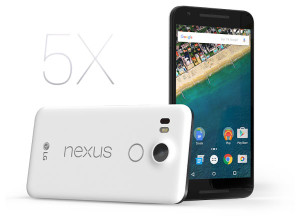 Another feature that was improved in the Nexus 5X is the camera system. Both cameras of the original Nexus 5 were replaced with higher quality sensors. The new Nexus 5X has a 12.3 MP sensor with dual LED flash instead of the 8 MP LED flash camera that was featured by the old Nexus 5. It won’t only deliver better photos, but will also be able to shoot 2160p@30fps video instead of the 1080p@30fps video offered by the Nexus 5. The secondary camera of the Nexus 5X is also better. Instead of the 1.3 MP selfie camera of the Nexus 5 2013, the Nexus 5 2015 delivers a 5 MP secondary camera. New selfies in, old selfies forgotten. The microUSB v.2.0 was also replaced in the Nexus 5 2015. Now, it sports a Type- C reversible connector instead, that allow users to transfer data a lot faster and also enhances charging time. 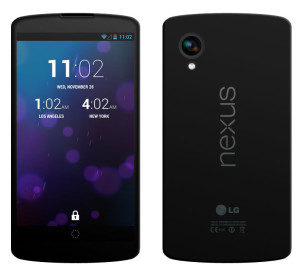 The Nexus 5 2015 doesn’t feature wireless charging, like the first Nexus 5 did, but instead it has a fingerprint sensor that the Nexus 5 lacked. Since it already offers faster charging due to the Type- C convertible connector, maybe users won’t really feel the need to charge their Nexus 5X wireless. The fingerprint sensor of the Nexus 5X on the other hand is welcome by most of the customers, so maybe Google and LG were right to invest in this feature instead of the wireless charging. Speaking of charging, the 2700 mAh battery of the Nexus 5 2015 is still not impressive enough but it surely is bigger than the 2300 mAh battery that came with the Nexus 5 2013.

All in all we can say that the Nexus 5 was certainly improved with the latest model. Whether the spec differences would be enough or not for Nexus 5 users to upgrade to the new device remains to be seen.

I have always been eager to try out any gadget I could get my hands on. I became a tech journalist so that I could always be around technology and see the newest devices. I use gadgets every day to make my work and life easier. I have enough experience to know If a device is actually improving my activity, offers something useful or new. I will post my honest opinions and judge a device as objectively as I can.
@https://twitter.com/Colin27Anderson
Previous Galaxy Note 4 – Battery drain fix
Next Facebook to Warn Users About Government Spying