Home / Smartphones / Polar A360 Finally Has a Heart Rate Monitor 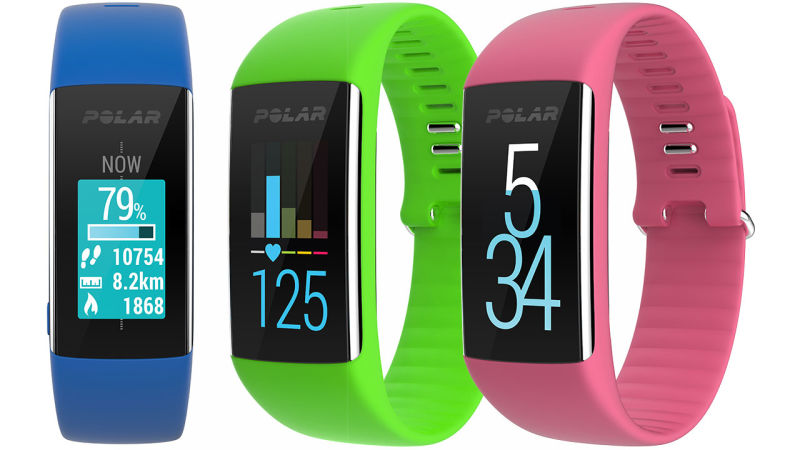 Polar A360 Finally Has a Heart Rate Monitor

The number of gadgets that are meant to track exercising and health is consistently growing. These gadgets come with several types of sensors, from pedometers to accelerometers, but one of the most common sensors they use is the heart rate monitor. The majority of tracking devices feature this sensor nowadays. It wasn’t the case of Polar though. It is true, that this specific company offered chest-worn heart rate straps, but they didn’t include the heart rate monitor in their fitness trackers that could be worn on the wrist. With the recently revealed Polar A360 this has changed.

The Polar A360 is a pretty nice looking fitness tracker. It could be compared to the Microsoft Band 2 at firs glance. It has a silicone strap and a rectangular screen. Although the screen is not curved, people who got the chance to try it on say it’s quite comfortable. The Polar A360 features a bright, colorful HD touchscreen. The silicone bands are interchangeable and come in small, medium and large sizes. Users can also opt for the color of the strap they prefer. They can choose between black, white, pink, blue and lime green. 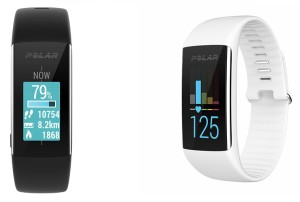 The Polar 360 is water resistant up to 30 meters so it can be used even at the pool or in the shower. The 100 mAh battery of the Polar A360 is said to last for up to 12 days between charges. If smartwatch features, such as notifications, are used, the battery life will be shorter. How much shorter? We don’t know yet.

The Polar A360, according to Polar at least, has a top- notch heart rate monitor. This might be true given the fact that Polar has a history of delivering great hear rate monitors that used to be chest- worn. If Polar doesn’t overstate its product, the Polar A360 might have the most accurate heart rate monitor available with fitness trackers and smartwatches. Besides the great heart rate monitor, the Polar A360 also has a number of other interesting features. These include 24/7 activity tracking, sleep monitor and smart calories. The Polar A360 also features vibrating smart notifications, but these are only available for iOS devices right now. The feature will work with Android smartphones also by the end of November.Although the Polar A360 doesn’t have a GPS to show the distance users have run, it has a pedometer based on which the steps and distance feature will calculate the traveled distance. 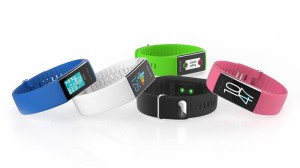 What is quite awesome about the Polar A360 is its Polar Smart Coaching feature. Polar Smart Coaching consists in a number of features. The activity guide shows how active users have been during the day and offers practical guidance. The activity benefit feature delivers daily, weekly and monthly feedback explaining how your activities have been benefiting your health. Smart calories, as you’ve probably guessed already, calculates the number of burnt calories based on personal data like weight, height, age, gender ant the intensity of the exercise . The Polar A360 also Shows your current heart rate and what heart rate zone you’re in, enabling you adjust what you’re doing to train at the right intensity level for your goal. This is achieved thanks to the heart rate based training feature. The training benefit feature was created for users to understand how each training session benefits their fitness. The feature gives the users feedback right after exercising. The Polar A360 is also able to provide over 100 sport profiles which enables users to choose the right one for their training sessions, and get sport-specific reports and feedback.

All in all, the Polar A360 seems to be a high- end fitness tracker. It has great features, it is water resistant and has a powerful battery which ensures a pretty good battery life. It will be available for $200 or €200 starting November. It’s not the most affordable device out there but if it does behave as great as it promises, it might be worth the money.

I have always been eager to try out any gadget I could get my hands on. I became a tech journalist so that I could always be around technology and see the newest devices. I use gadgets every day to make my work and life easier. I have enough experience to know If a device is actually improving my activity, offers something useful or new. I will post my honest opinions and judge a device as objectively as I can.
@https://twitter.com/Colin27Anderson
Previous Pressure-Sensitive Health Device
Next LG G Vista 2 with new stylus announced by AT&T