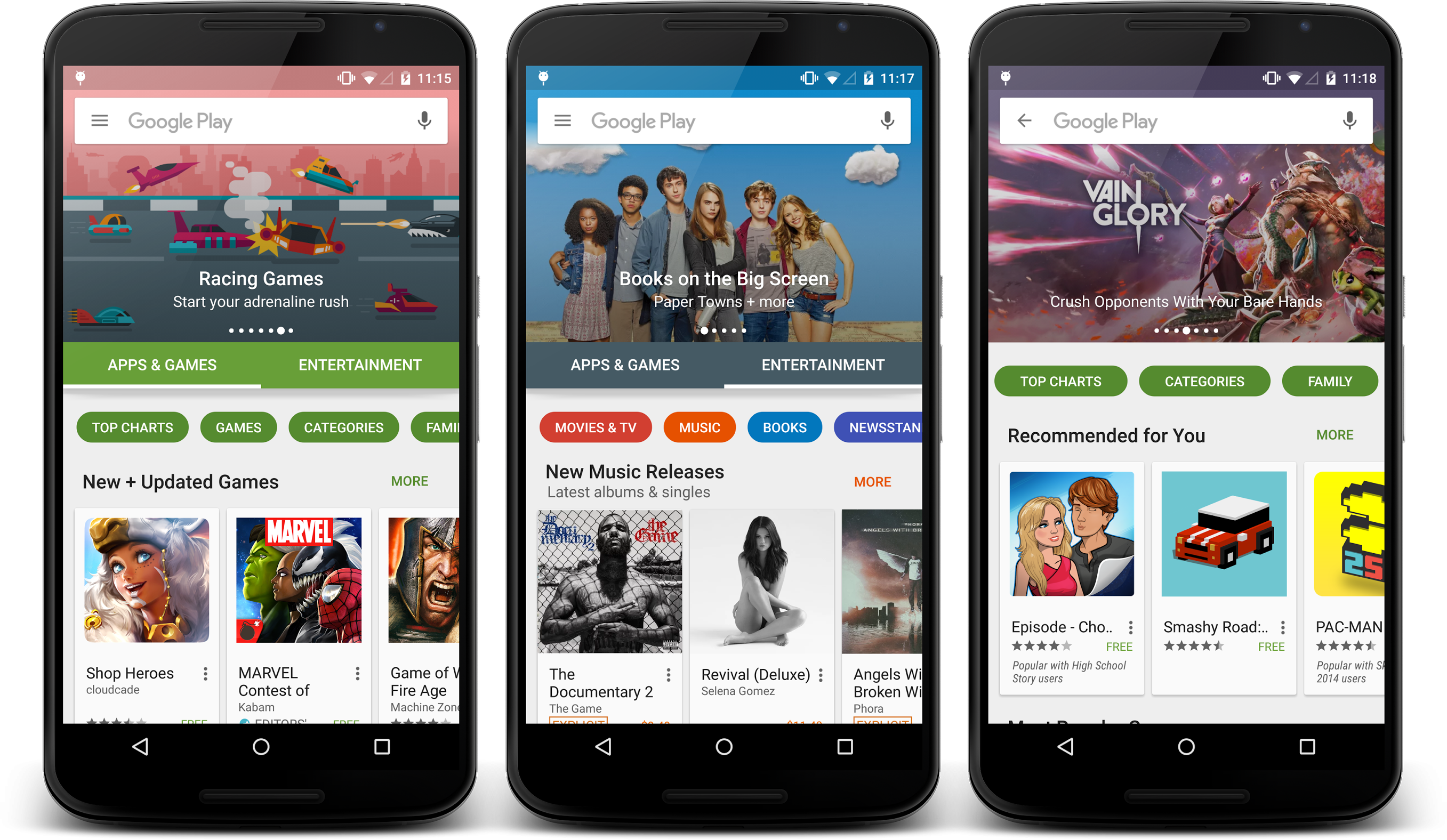 The redesigned Google Play Store features a major reorganization of its categories. It also has a more modern look, so Android users will get a great new experience. As it was already projected, the redesigned Google Play store will be divided into two main sections. It will have an Apps and Games section, and a separate section for Entertainment. This would be a serious change in comparison with the preexisting six sections. It will probably help users find more easily what they want. The previous version of Google Play had the following categories: Apps, Games, Movies & TV, Music, Books, and Newsstand.

We hope that the redesigned Google Play store will become available on our smartphones soon. We are eager to check out how it behaves and how much easier it will be for users to find exactly what they would like.

I have always been eager to try out any gadget I could get my hands on. I became a tech journalist so that I could always be around technology and see the newest devices. I use gadgets every day to make my work and life easier. I have enough experience to know If a device is actually improving my activity, offers something useful or new. I will post my honest opinions and judge a device as objectively as I can.
@https://twitter.com/Colin27Anderson
Previous ASUS X550- Great Coupon Price on Gearbest
Next Pepper, the humanoid robot made its debut in France