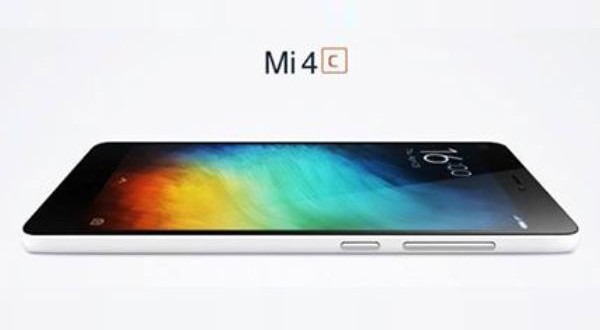 The Xiaomi Mi4C is one of the most popular handsets that came off the Xiaomi factory floor this year. Following the successful launch of the Xiaomi Mi4 and Xiaomi Mi4i, the Xiaomi Mi4C comes in as the mid-range, yet super-affordable smartphone of the recently dethroned Chinese company. Xiaomi has been outdone by Huawei as the biggest smartphone manufacturer in China, but that doesn’t mean Xiaomi fans are worried.

Developers have been working on making the Xiaomi Mi4C a wonderful user experience and while Android Lollipop and MIUI 7 are nice touches, most Android fans want more customizabiity. Thanks to diligent developer and XDA forums memeber xiaobai112220, the Xiaomi MI4C can have all the customization one wants with a custom ROM, namely CyanogenMod 12.1, the latest version.

Cyanogen has not yet released their own official ROM for the Xiaomi Mi4C, so this ROM should be treated as an experimental one. Installing it will void your warranty and it won’t be that easy. I would only recommend advanced users attempt flashing CyanogenMod 12.1 on the Xiaomi Mi4C, so that we don’t end up with a handful of bricked devices.

You can check out the installation instructions on the forums and make sure to follow the thread to find out more about how CyanogenMod works on the Xiaomi Mi4C.The changelog for the ROM from the developer mentions that some features won’t work once you install the ROM, so proceed at your own risk. According to them, the flash of the phone won’t work, nor will FM radio. Some of the people who have already installed the ROM on the Xiaomi Mi4C also reported having WI-Fi issues and data connectivity issues. However, these are common with new versions of ROMs and the developer will most likely provide a fix for them in due time.

That being said, if you’re bored of the UI on the Xiaomi MI4C, you can now get a much more customizable UI based on more recent software. The CyanogenMod 12.1 custom ROM should only be installed if you know what you’re doing, because as I said earlier, you will void your warranty and you might even brick your phone. Nobody wants that.

Tech Editor with lots of experience with PC hardware components, iOS and Windows-based mobile devices, and love keeping myself up-to-date with any developments in the industry, which I make my job in sharing with you, our readers.
Previous You can now use Cortana on Android devices if Google Now is not your thing
Next LG Watch Urbane 2 vs. Motorola Moto 360