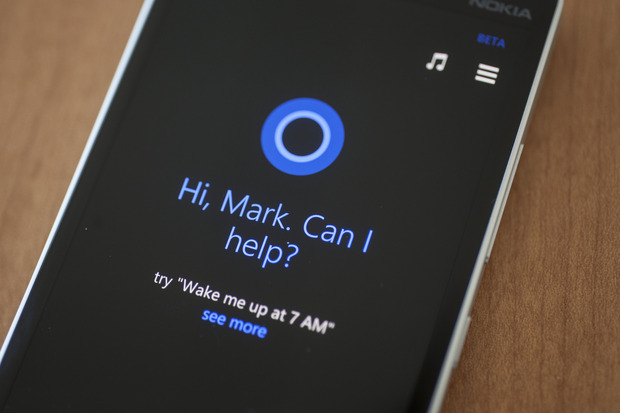 Microsoft’s Cortana virtual assistant has been gaining popularity in the tech community since Windows 10 was revealed. Cortana is a rival to Apple’s Siri and Google’s Google Now and acts as the Redmond giant’s version of a personal assistant. Cortana is (or will be) available for all desktop and mobile platforms, according to Microsoft, and it will provide a unified search experience for all its users, across all devices.

Cortana is still a fledgling assistant and even more so on Android. The beta app for Cortana has been available in the Play Store since August, but yesterday evening Microsoft updated the app in order to support voice activation. Although voice activation on Cortana works the same way as it does with Google Now, meaning severely limited, Microsoft is working on expanding the app and what it can do and implement those on mobile platforms like iOS and Android.

Those in the game for the beta version of the app can easily use Hey Cortana instead of OK Google to bring up the virtual assistant and ask it to do tasks for you. However, this can only be done if your device’s screen is on and unlocked or if the Cortana app is already running in the background. While there are Android phones out there that have always-listening modes available, Cortana can’t take advantage of them for now.

The updated Cortana for Android app doesn’t just add voice activation support, but also adds an array of tasks that Cortana can now complete for the user. Appointments and reminders can be set, calls can be placed and information about weather and stocks can be brought up, much like what Google Now is offering. The same features are available in the desktop and Edge versions of Cortana, so even if the Android preview app is too much of a stretch for you, testing out Cortana is not impossible on other platforms and devices.

Although Cortana for Android is still just a beta version of the app, Microsoft will most likely release the full and official version of the personal assistant by the end of the year. Windows 10 is rolling out to Lumia devices in December, and that’s when Cortana should see its Android version getting a finalized build, too. Until then, the beta will have to do.

Tech Editor with lots of experience with PC hardware components, iOS and Windows-based mobile devices, and love keeping myself up-to-date with any developments in the industry, which I make my job in sharing with you, our readers.
Previous Nexus 6P vs iPhone 6S Plus- The 6’s of the Fall
Next Xiaomi Mi4C gets ported CyanogenMod 12.1 ROM