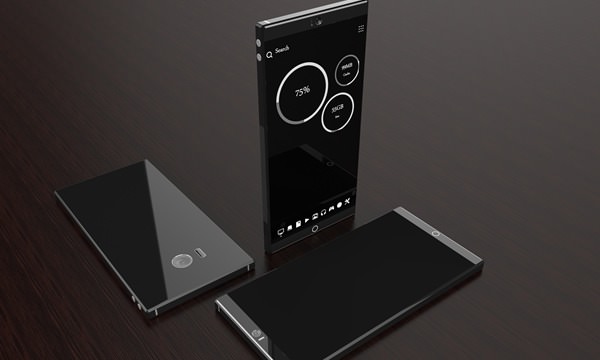 Symentium is preparing to launch the most powerful smartphone in the world. The launch is set to happen in July 2016. The idea behind the Symentium Smartphone is that smartphones should be better, more powerful and be as productive as a PC. In other words the company says that they want to end the compromise between productivity and mobility. The goal is to have the power of a PC in the palm of your hand. 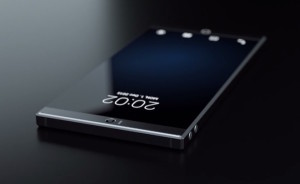 The front side features 2 stereo loudspeakers, one at the top and the other at the bottom, a small touch sensitive RBG button, a front facing 5 MP camera and a proximity sensor. The main design attraction is the beautiful 5″ OLED almost edge to edge screen. The Symentium Smartphone has an amazing 89% screen to body ratio.

On the left side we have 2 round volume buttons, with the + and – signs engraved in them. On the right side near the middle we have the power button and closer to the bottom edge there is a dedicated camera shutter button. On the back we find a 24 MP image sensor with a LED flash. Each button and frame is crafted like a piece of modern art. The phone will probably feature a USB Type-C interface and Micro-USB and Micro-SIM slots. It will also connect to monitors via a wireless adapter.

The internal hardware will be top of the line, The Symentium Smartphone will be powered by the Qualcomm Snapdragon 820. To make sure that this device will handle tasks as good as a PC can, Symentium paired the Snapdragon 820 with 6 GB of RAM. There is no doubt that applications will run smooth and the device won’t flinch in front of any task. The internal memory options start at 64 GB and go up to 256 GB just for internal storage. The battery will have a capacity of 4000 mAh and the company claims that it will give 3-4 days of autonomy. 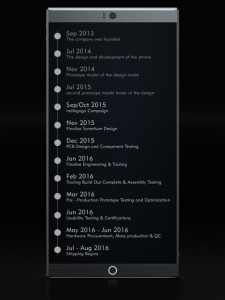 The Symentium Smartphone will use a modified version of Android 6.0 M, the company calls it Symentium OS and is designed to be similar to a desktop OS. When connected to a monitor, the UI won’t only be mirrored on the screen, the OS will stream a separate interface, allowing the use of the smartphone without interrupting the other UI sent to another device. When connected to a monitor the smartphone can display a keyboard and mouse track-pad combination.

The Symentium Smartphone redefines what we consider now to be a premium smartphone. It raises the bar and will give today’s top manufacturers a run for their money. The phone can be pre-ordered at Indigogo.com. It seems that production depends on raising funds. The site gives us the option of pre-ordering the Symentium Smartphone or donating a contribution. At the moment they only have 5% of the necessary financial support and have 15 days to reach 100% or the project will not receive funds.  It seems like a tall order, I’m curious to see if they can raise the money and start mass production. I’m hopping that in 2016 we will see the Symentium Smartphone in action.

I have always been eager to try out any gadget I could get my hands on. I became a tech journalist so that I could always be around technology and see the newest devices. I use gadgets every day to make my work and life easier. I have enough experience to know If a device is actually improving my activity, offers something useful or new. I will post my honest opinions and judge a device as objectively as I can.
@https://twitter.com/Colin27Anderson
Previous HTC One A9 vs. iPhone 6S
Next “Star Wars- The Force Awakens” To Be Streamed by Netflix in Canada