Everbuying started a promotion spree that will blow customer’s minds. Starting October 28 there is a Cubot Brand Sale on Everbuying. It will last only until November 4, so if you would like to purchase the Cubot X16, the Cubot X15, Cubot H1 or Cubot X9 for amazing prices you should order them from Everbuying before the promotion ends. Every one of the Cubot smartphones has a characteristic feature that will make customers happy, you only have to find the Cubot device that best suits your needs. They are all available for affordable prices, all you have to do is settle on one or several of them. 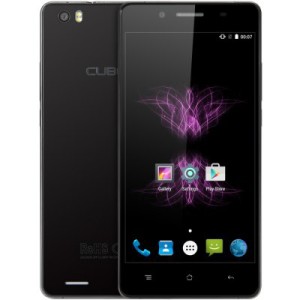 The X16 is a 5- inch 4G smartphone running on Android 5.1 Lollipop. Its full HD display delivers clear and crisp images that will delight user’s eyes. The dual SIM, dual standby Cubot X16 is powered by a 64 bit, MTK6735 Quad Core processor that is clocked at 1.3 Ghz. The Mali-T720 GPU will only add to the value of the X16. This particular Cubot device includes 2 GB of RAM and 16 GB internal storage. The X16 also has a TF card slot which enables users to further extend the storage of the smartphone by up to 32 GB.

The Cubot X16 has a 5 MP ( interpolated 8.0MP ) front facing camera for selfies and a 13 MP (interpolated 16 MP) primary camera with flashlight and f/2.0 aperture. Not only will these cameras take great photos, they are also able to deliver good quality videos. Connectivity- wise the Cubot X16 supports GSM, 4G, 3G, Bluetooth 4.0, A-GPS and WiFi. Its 2500 mAh battery will ensure a good battery life even when heavily used. Buy Now 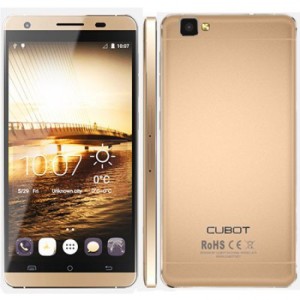 Just like the Cubot X16, the X15 also features 2 GB of RAM and 16 GB of internal storage that is extendable by up to 32 GB due to the TF card slot. The back camera of the Cubot X15 has a 16.0MP dw9714 graphic sensor, 5P lens, f/1.8 aperture. The selfie camera is a 8 MP one with f/2.0 aperture. They both take incredibly high quality photos and shoot great videos. Not only the display size of the Cubot X15 is bigger than the one featured by the Cubot X16. Its battery is also higher- capacity. The Cubot X15 is equipped with a 2750 mAh battery which should cover the extra battery usage of the bigger display. The Cubot X15 offers the same 3G, WiFi, GPS, A-GPS, GSM, Bluetooth 4.0 and 4G connectivity as its little brother. 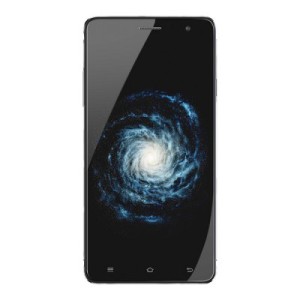 The H1 has the same 5.5- inch display as the X15, but it will surely last longer due to its larger battery. The HD resolution and same  MTK6735 Quad Core processor clocked at a lower 1.0GHz makes the Cubot H1 a less powerful device than its siblings from the X family. Even so, it is a great smartphone with a huge, 5200 mAh battery that will probably become the favorite gadget of those who mainly use it for its phone features.

The Cubot H1 is a dual SIM, dual standby 4G smartphone that includes 2GB of RAM and 16 GB of internal storage, just like the X16 and X15. It also has a TF card slot that supports up to 32 GB external storage, so users will definitely won’t have anything to lose storage- wise if they opt for the Cubot H1. The H1 member of the Cubot brand family has a 8.0MP (interpolated 13.0MP) back camera and a 5.0MP(interpolated 8.0MP) front facing camera, with flashlight and video recording.

The original price of the Cubot H1 is $154.99, but starting October 28 and all the way through November 4 it will be available for only $129.99 on Everbuying. This means that you can save $25 on this smartphone also. 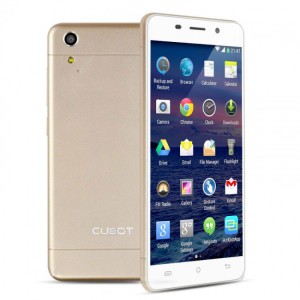 The X9 is the only smartphone on the Cubot Brand Sale that doesn’t run on Android 5.1 Lollipop. Instead, the Cubot X9 runs on Android 4.4 KitKat, but it does compensate with even more external storage possibility. The 5- inch, HD display it features is not as impressive as the ones of the other Cubot devices, but it is more than enough for those who prefer to have reliable, simple gadgets. The Cubot X9 is powered by a MTK6592M Octa Core processor that is clocked at 1.4 GHz. This is combined with a Mali-450MP GPU to make the X9 a better smartphone. Just like the other Cubot devices, the X9 is also a dual SIM, dual standby device.

The Cubot X9 includes 2 GB of RAM and 16 GB internal storage, but it supports more external storage than its siblings, 64 GB to be more precise. The X9 has a 13 MP back camera with flashlight and autofocus and a 5 MP selfie camera on the front. Its 2200 mAh battery is the lowest capacity of the Cubot devices’ batteries, but it is enough to get you through the day. It is an incredibly slim smartphone, being only 6.9 mm thick.

Of course, besides the enumerated characteristics, the Cubot smartphones also have a number of great features that are waiting for you to discover them. These include HotKnot file transfer, quick charge and a whole lot of other features. Besides the presented smartphones there are also a number of other devices that will be a part of the Cubot Brand Sale starting on October 28. The activity starts on October 28 at 9:00 UTC and will end on November 4 at 8:59 UTC. So take your time, analyze the smartphones, choose the one that you prefer and order it from Everbuying. Don’t miss out on this incredible offer!

I have always been eager to try out any gadget I could get my hands on. I became a tech journalist so that I could always be around technology and see the newest devices. I use gadgets every day to make my work and life easier. I have enough experience to know If a device is actually improving my activity, offers something useful or new. I will post my honest opinions and judge a device as objectively as I can.
@https://twitter.com/Colin27Anderson
Previous Apple Pay Arrives to Canada and Australia Through American Express
Next Sony to Acquire Toshiba’s Image Sensor Business