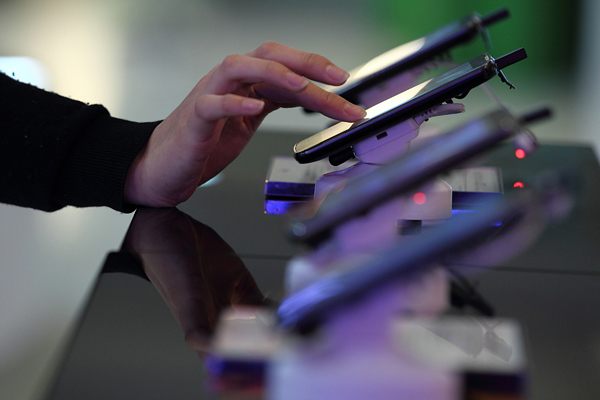 If you have a 300 dollars budget to buy a smartphone you will be pleasantly surprised to find a lot of devices equipped with high-end hardware. The main attractions in the tech world are the powerful flagships, top of the line devices that bring new features and push the industry’s boundaries. Those innovations come at a price, modern flagships exceed 600 $ and can easily reach 1000 $. It’s easy to forget that there are mid-range versions of those flagships and they come at a more affordable price.

Most manufacturers make a more affordable version of a flagship, usually within a 300 dollars budget. These mid-range devices are similar to their high-end brothers, but some of their features have been downgraded in order to reduce cost. The first to suffer is the camera, mid-range devices are equipped with less powerful optical sensors. Another difference can be found in the display’s characteristics. Usually the size and the resolution of a 300 dollars budget phone are smaller then their older brothers. 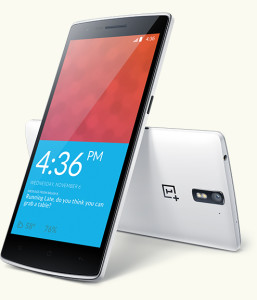 This is probably the best device out there on a 300 dollars budget. It was released in April 2014 and showed users that powerful devices can come at a more affordable price. Its specs are very similar to other flagships at the time of the release. For example the Galaxy S5 has similar specs, but had a price tag of around 700 $. Its design looks similar to LG’s Nexus 5, it has the top, bottom and the back cover a bit curved. They both have the volume rocker on the left side and the power button on the right. Both devices have the Micro-USB port at the bottom edge between 2 speakers.

As I said before, the OnePlus One is equipped with high-end features. The phone has a 5.5″ LTPS LCD display with FHD resolution and  401 ppi. The screen to body ratio is 71.9 %. It’s powered by the Snapdragon 801 with a Quad-Core 2.5 GHz CPU paired with 3 GB of RAM. The device comes with 16/64 GB of storage space with no micro-SD card support. The OnePlus One has a main 13 MP camera that can film in 4K resolution. The secondary front camera has a 5MP sensor. The phone has an impressive 3100 mAh battery, larger than we see on most smartphones.

The OnePlus One runs of Android 4.4.2 KitKat and can be upgraded to Android 5.1.1 Lollipop. It has all the sensors and connectivity options that you can find on any top of the line flagship phone.  This device is the best deal on the market, for a 300 dollars budget this powerhouse can give any flagship a run for it’s money.

This is another amazing mid-range smartphone. Released in March 2015 this dual-sim smartphone brings great features for a 300 dollars budget. The phone looks very nice, it has a 5.5″ IPS display with a screen to body ratio of 70.8%. I like the finishing touch on the bottom of the device and the placement of the volume rocker on the back. One thing I don’t like is the fact that Asus placed the power button right in the middle of the top edge. It seems less comfortable than having it on one of the sides. You can also wake or close the screen with a double tap, so you don’t have to use the power button. 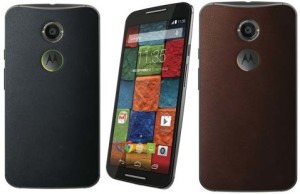 Another great phone you can buy with a 300 dollars budget is the Moto X 2nd gen. The first Moto X helped the company gain some ground on their competition. Motorola showed that users want the possibility to customize a device more than bigger and better features. The 2nd gen Moto X is equipped with better hardware than its predecessor, but Moto kept the same level of customization and simple features that aren’t redundant. Users prefer a dozen useful features to a ton of useless ones and want to avoid having 3 apps that do the same thing.

For a 300 dollars budget the Moto X 2nd gen brings a lot to the table. Firstly there’s the 5.2″ AMOLED FHD display with a pixel density of 424 ppi. This screen delivers sharp and clear images. This device is powered by the Snapdragon 801 with a Quad-Core CPU clocked at 2.5 GHz. It has 2 GB of RAM and 3 internal space variants 16/32/64 GB. This phone does not have a card slot. On the back we find a 13 MP camera that can record video at 4K resolution and on the front we see a 2MP sensor.

I like the effort and thought put by Moto into the back cover, you can choose between plastic, leather and bamboo. It’s not a big deal, but it gives the device a little more personality. The Moto X runs on Android KitKat 4.4.4 and is can be upgraded to Android 5.1. It’s planned for an upgrade to Android 6.0 Marshmallow in the near future. The Moto X has a 2300 mAh battery. Well bellow the characteristics of the first 300 dollars budget phones I’ve talked about. 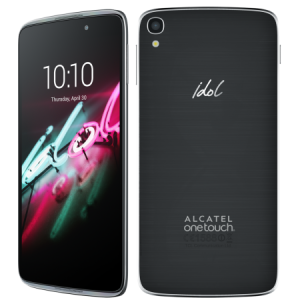 Alcatel is not a very known name. Over time they put out a few decent devices, I personally remember seeing a lot of Alcatel phones before the age of smartphones and touchscreens. Somehow they managed to survive in this fast changing industry and not only that, they also created a very impressive device. The Idol 3 is a true underdog, the posterchild for affordable smartphones. for a less than a 300 dollars budget you get an impressive device. Maybe my expectations from Alcatel are low, but at least design wise this phone managed to impress me. This might be the device that saves Alcatel and makes the company relevant again.

For this under 300 dollars budget phone we get a 5.5″ IPS LCD touchscreen with a FHD resolution with 401 ppi and a very good screen to body ratio, 72.7%. Under the hood there is a SoC Snapdragon 815 with a Quad-core 1.5 GHz Cortex-A53 and quad-core 1.0 GHz Cortex-A53. It has 2 GB of RAM and 16 GB of internal storage. The phone’s storage capacity can be extended with a micro SD card up to 128 GB. The main camera has 13 MP while the secondary front one has 8 MP. Even tough the main camera has an impressive number of MP the sensor takes poor pictures in low light conditions.

It runs on Android 5.0 Lollipop and has a 2910 mAh battery to keep it going. The Alcatel Idol 3 is a good entry level phone, but it does not run as smooth as the others on this list. The hardware specs are pretty good, but for some reason the phone has a bit of lag when scrolling through the menu with apps running in the background. Overall this well under 300 dollars budget phone is a good deal and will perform nicely in a normal day to day use.

Last but not least we have the Nexus 5. This is one of my favorite smartphones. Google and LG managed to create a well balanced device with nice specs and it’s within the 300 dollars budget. This smartphone looks great, something that LG manages to pull off on their devices. But besides it’s nice design, Nexus phones are running the best version of Android and are the first to receive updates and upgrades. This might not sound like much, but Nexus users encounter less bugs than a user on a different Android device.

The Nexus 5 comes with a 5″ True HD IPS+ screen. It has a FHD resolution and a pixel density of 445 ppi. It’s screen to body ratio is 70.8 %, smaller than the other 300 dollars budget phones I talked about. This device is powered by the Snapdragon 800 which has a Quad-Core CPU running at 2.3 GHz. It has 2 GB of RAM and 16 or 32 GB of internal storage with no memory card support. The main camera has 8 MP, it can record video at FHD and has optical stabilization. The secondary front facing camera has a sensor of just 1.3 MP. The battery has 2300 mAh and is non-removable.

The device comes with Android 5.0 and can upgrade to Android Marshmallow. Overall this device falls behind the other 300 dollars budget phones we saw. It has a smaller battery, a less powerful SoC and the cameras have less MP. To me the only drawback is the battery, the other features don’t make such a big difference in day to day use.

I have always been eager to try out any gadget I could get my hands on. I became a tech journalist so that I could always be around technology and see the newest devices. I use gadgets every day to make my work and life easier. I have enough experience to know If a device is actually improving my activity, offers something useful or new. I will post my honest opinions and judge a device as objectively as I can.
@https://twitter.com/Colin27Anderson
Previous 5 affordable tablets, priced under 200 dollars
Next iPad Pro To Be Released November 11