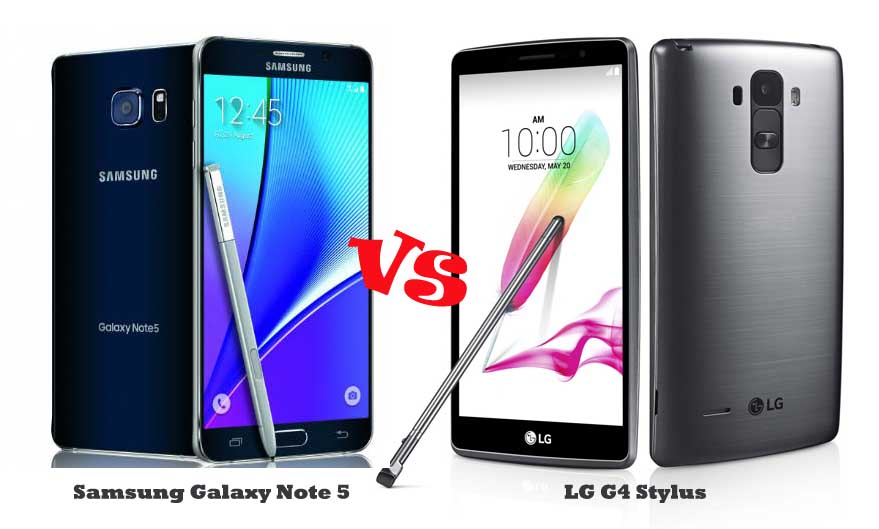 The LG G4 Stylus and Samsung’s Galaxy Note 5 are two of best phablet devices out there. To make the user’s interaction more pleasant these devices have a secret weapon, a stylus. The Stylus is a pen shaped tool, with a narrow tip that provides great accuracy when using in on a touchscreen. The G4 Stylus and the Note 5 have a resting place for the stylus within the frame. The stylus locks in tightly, you can move the smartphone in anyway you like and it won’t fall out. Let’s have a closer look at these two stylus wielding phablets and see which will win the duel. 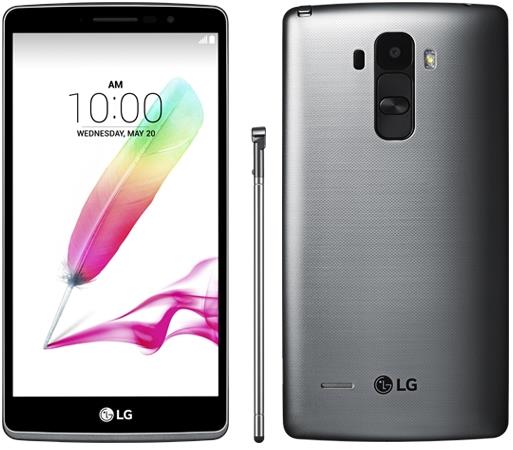 The first thing I have to mention is the fact that there are 2 variants, the LG H635 and an upgraded T-Mobile version. At a first glance the G4 Stylus seems to be an improved version of the G4. There are many similarities between the two, but there are a few differences. The first difference is the size, the G4 Stylus is is around 10 mm taller and 3 mm wider, but it’s also thinner by 0.2 mm than the G4. On the fron the G4 Stylus featurea a secondary camera to the left of the speaker, while the G4 has the camera on the right.

The most important difference is the lack of a leather finish on the back panel. This feature contributed to the G4’s success, but for some reason the G4 Stylus doesn’t have that option. We are left with a plastic cover with a paint job that resembles metal.On the back both G4 look alike. We have a volume rocker with the power button in the middle, the main camera sits between the LED flash and the lase autofocus sensor. The G4 Stylus has a big 5.7″ screen, with HD resolution and a pixel density of 258 ppi. The smartphone delivers a decent image, from a reading distance of 33 cm the colors and the shapes look perfect.

This device runs on Android 5.0 and can be upgraded to 6.0 Marshmallow. The G4 Stylus handles most tasks without a problem, it’s powered by the Snapdragon 410 with 1 GB of RAM. A big plus for this device is the Micro SD card support. If the 8 GB of internal space are not enough you can use a card up to 128 GB. The G4 Stylus’s main camera has a 13MP sensor (T-Mobile only), a downgrade from the G4’s 16 MP. The camera can record video at FHD resolution. The model not destined for T-Mobile has a main camera with a 8 MP sensor, 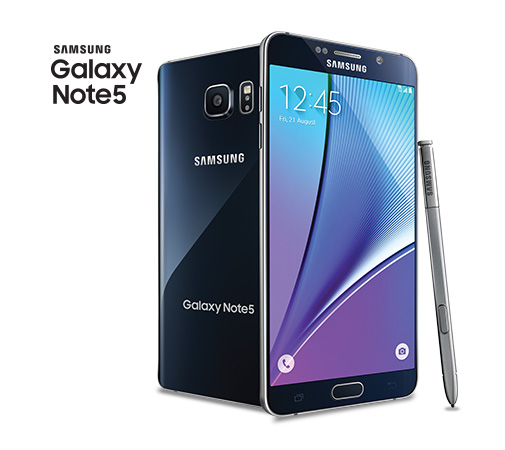 The Galaxy Note 5 is a premium looking device and is Samsung’s biggest stylus using phablet. The design is similar to previous Samsung devices, I can’t say it’s extraordinary, but it does look elegant and give’s a feel of quality. The Note series phablets stand out from other Samsung devices by the use of their stylus, the S Pen. Samsung isn’t only improving their devices with each generation, the S Pen is evolving as well.

There are a few differences between the design of the Note 5 and its predecessor. On the front, the Note 5 has an eye catching chrome rim that stands out more than what the Note 4 has. The volume rocker has been modified a bit, the edges stand out more than the middle part. One element some fans miss is the lack of the leather covered back panel.

The screen is a gorgeous 5.7″ Super AMOLED display with 518 ppi. Almost double than the pixel density of the G4 Stylus. On the inside we see that Samsung teamed up with Exynos for their chipset, upgraded to 4 GB of RAM, but there is not Micro SD card slot. For internal storage you can choose between two variants, 32 or 64 GB. It runs on Android 5.1.1 and it will probably receive an upgrade to Android M in the near future.

The main attraction of any Samsung Note device is its S Pen. With this generation the S Pen received a little clicker at the top and lets you know that the pen is correctly placed. It also works when you eject the S Pen. The S Pen differs from the G4 Stylus’s pen by fact that it’s not just a tool made for writing or navigating on the device, it has a button that opens different menus. Holding the S Pen near the screen and pushing it’s button will open Air Command, a menu with shortcuts to frequently used apps, and other apps like S Note, Screen Memo and the possibility to add others.

The G4 Stylus falls short in almost every aspect to Samsung’s Note 5. The only plus to the G4 Stylus, in my opinion, is the Micro SD card support. But it’s highly unlikely that a normal use of a phone will require more than 64 GB. Moving on to the stylus, the tool that should put these two devices in a different category from the rest, we see a huge difference. LG’s stylus is a simple pen that is only used for navigating and writing, while the S Pen has it’s own features and offers more control over the device, not just navigation. Air Command makes the Note 5 experience feel more productive, time efficient and professional.

I have always been eager to try out any gadget I could get my hands on. I became a tech journalist so that I could always be around technology and see the newest devices. I use gadgets every day to make my work and life easier. I have enough experience to know If a device is actually improving my activity, offers something useful or new. I will post my honest opinions and judge a device as objectively as I can.
@https://twitter.com/Colin27Anderson
Previous OUKITEL K6000 VS. DOOGEE HOMTOM HT6- Affordable Price, Huge Batteries
Next In 2016, Windows 10 upgrade will be recommended