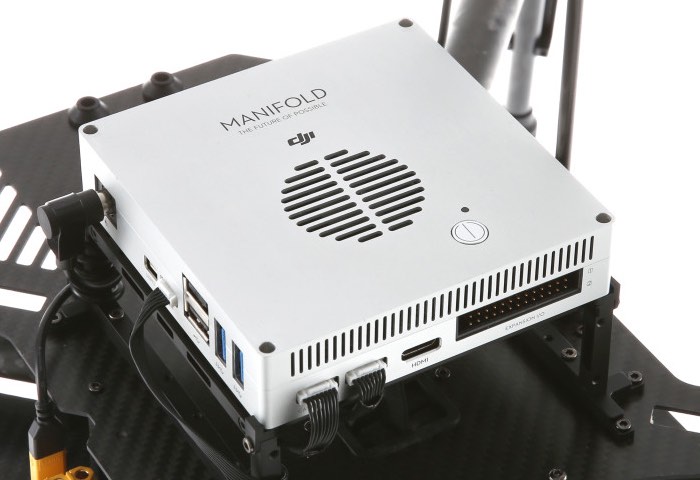 DJI partnered up with Canonical and launched a new computer. It’s called Manifold and it will be compatible with DJI’s Matrice 100 platform. Manifold is the most powerful computer yet that was specifically designed to work with drones. Thanks to the Manifold, developers will be able to transform aerial platforms into intelligent flying robots. Drones equipped with the Manifold will be able to perform complex computing tasks and will have the possibility to process images on the spot, while flying. DJI was already known for its drones, and now with the Manifold they take another step toward the ultimate drone experience. 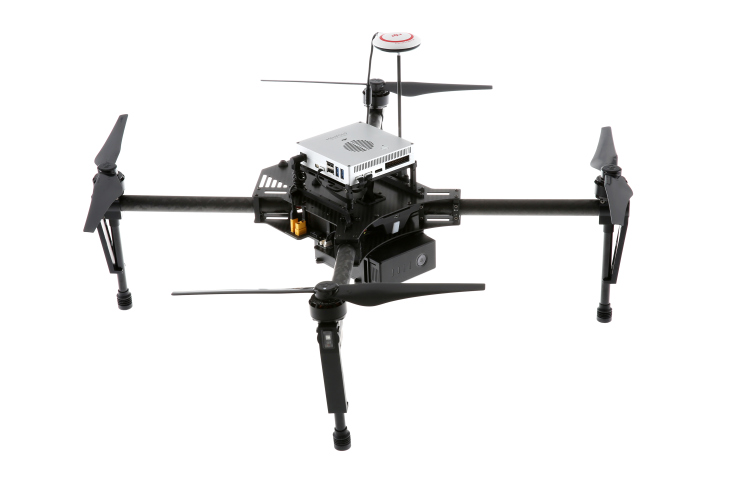 DJI’s Manifold is powered by NVIDIA Tegra K1’s 4-Plus-1 Quad-core ARM Cortex-A15 processor and 192 GPU CUDA cores with clock speeds of up to 2.2 GHz. This makes the Manifold the most powerful device of this kind ever delivered by DJI. According to the developer, the GPU cores of the DJI Manifold were created to provide powerful image processing alongside parallel computing. The processing power of the Manifold is similar to that of a PCs graphics card. This, combined with the DirectX and OpenGL support enables drones to process high resolution images in real time.

By having these new capabilities, drones will get a lot smarter. They will not only be able to sense the surrounding environments anymore. They will also be capable of identifying objects and respond to their environment on the spot. This means that drones equipped with Manifold computers can be used in artificial intelligence applications such as computer vision and deep learning. For a greater user experience, the Manifold was created in such a way that it wouldn’t require too much power. To be more exact, the Manifold will consume a maximum of 15 W when completing complex computer tasks. When it performs simple calculation it only uses a fraction of the aforementioned energy.

As we already mentioned, the Manifold was created to perfectly fit on the Matrice 100 platform, also developed by DJI. The DJI Manifold features USB, Ethernet, Mini-PCIe, HDMI, UART, SPI and I2C ports. This makes it possible for users to connect the Manifold to a number of sensors, monitors and other peripherals. This way retrieved data can be transferred and processed easily. Besides the enumerated ports the Manifold is also equipped with personalized ports that make it possible for it to be connected to the Matrice 100 platform. These ports will also make it possible to process the images captured by the camera mounted to the platform.

Manifold already became available for order and it will ship starting November 15. It will cost $499. If you don’t already own a Matrice 100 platform, this will cost you an extra $3299.

I have always been eager to try out any gadget I could get my hands on. I became a tech journalist so that I could always be around technology and see the newest devices. I use gadgets every day to make my work and life easier. I have enough experience to know If a device is actually improving my activity, offers something useful or new. I will post my honest opinions and judge a device as objectively as I can.
@https://twitter.com/Colin27Anderson
Previous Amazon Launched Black Friday Store
Next BLUBOO XTOUCH- Great Coupon Price on Gearbest