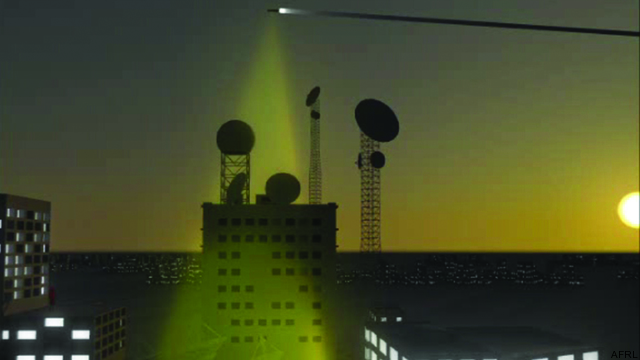 EMP stands for Electromagnetic Pulse. We’ve heard this term before used in sci-fi action movies or in several action games. Most people associate the name “Boeing” with jumbo-jets and passenger transport.  The company has a less known department called Boeing Phantom Works. This department develops military technology for the Department of Defense or for different military branches. Boeing mainly produced unmanned aerial vehicles, or drones, but now it seems that they are working with the US Air Force on an EMP weapon.

This weapon is designed to disrupt the activity of any electronic device found in the blast radius. The EMP blast affects only electronic equipment, without harming humans, animals, plants or infrastructures. Such a weapon offers a great deal of precision, so that only buildings or rooms with military equipment can be targeted and there is no destruction or collateral damage done. This is crucial in modern warfare, because the fighting takes place in urban locations where conventional ammunition can easily injure noncombatants.

The joint project is known as “CHAMP”, which stands for Counter-electronics High-powered Advanced Missile Project. It started a few years ago and preliminary tests yielded promising results. In 2012 it was reported that during a test in Utah, a CHAMP mission managed to disable seven different targets in a single flight. This proved the weapon’s high precision and that it can accurately focus the EMP blast at a single structure or building. The drone shaped missile flew over several structures for one hour and irreparably disabled  the electronics from the targeded buildings.

Modern weapons like the EMP missile usher in a new age in warfare, where the goal is to incapacitate the enemy, to shut down his communications and reduce the number of casualties to minimum. There are no reports, so far, regarding the effect of CHAMP’s EMP blast on military-hardened electronics. Military equipment has a higher degree of protection against the elements and the electronics inside them are protected by a shield against electromagnetic interference.

I’m sure that as the EMP weapon evolves it will become more precise and will be able to render useless most military electronic equipment. Military weapons and ammunition are going in a very good direction, with the emphasis on protecting noncombatants and making the enemy’s equipment useless in order to prevent more fighting. I believe that in the near future wars will be won without a single shot fired.

I have always been eager to try out any gadget I could get my hands on. I became a tech journalist so that I could always be around technology and see the newest devices. I use gadgets every day to make my work and life easier. I have enough experience to know If a device is actually improving my activity, offers something useful or new. I will post my honest opinions and judge a device as objectively as I can.
@https://twitter.com/Colin27Anderson
Previous iOS 9.1 Hack Brings Hacker Team $1 million
Next FreedomPop To Build WiFi First Smartphone