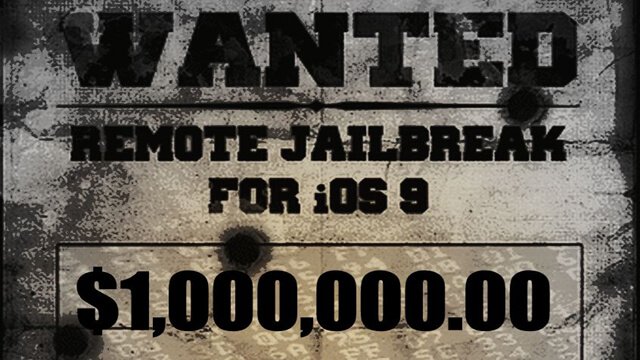 Zerodium, a company that pays for security information and exploit, awarded an anonymous team of hackers $1 million for hacking iOS 9.1. The competition called The Million Dollar iOS 9 Bug Bounty was announced in September. The fact that they had a winner was announced at the beginning of this month. Why would anyone pay $1 million to have a software hacked? Because they will sell the information to the highest bidder. Technology companies, finance institutions and defense corporations are apparently willing to pay a lot more in order to secure their backs.

According to Zerodium there were two hacker teams that were in the competition to win the prize for the iOS 9.1 hack attack. This certainly means that the iOS 9.1 is not impenetrable nor perfect and should make Apple and other software developers for that matter pay more attention to their security.

I have always been eager to try out any gadget I could get my hands on. I became a tech journalist so that I could always be around technology and see the newest devices. I use gadgets every day to make my work and life easier. I have enough experience to know If a device is actually improving my activity, offers something useful or new. I will post my honest opinions and judge a device as objectively as I can.
@https://twitter.com/Colin27Anderson
Previous Google Gives Up Plans Of Opening Store in NYC
Next EMP weapon developed by Boeing