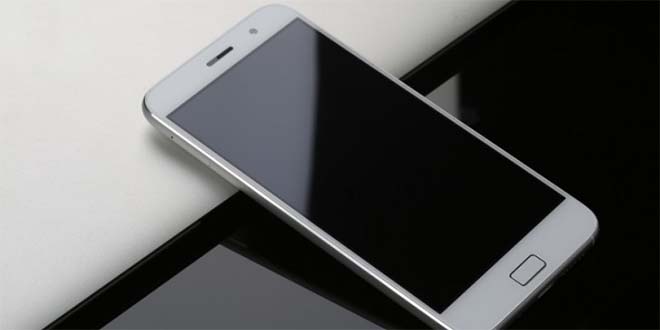 I’m a big fan of companies who make high quality budget phones and try to take on the industry’s titans. ZUK is a small Chinese company, backed by Lenovo and the ZUK Z1 is their first smartphone. The company designed the ZUK Z1 to be a budget phone that looks, feels and runs like a premium phone. The way this device looks it seems that they had the iPhone 6s Plus in mind when they worked on the ZUK Z1.

The box gives a good first impression, it looks elegant and feels sturdy. Everything has it’s own place inside and fits perfectly so there’s no rattling sound when you pick it up. The ZUK Z1 comes with an AC adapter, USB Type-C to a regular USB Type-A. The adapter doesn’t have a cable, so the USB cable serves as a charging and data cable. The last item in the box is an SIM ejector tool. Sadly it doesn’t come with a stock hands-free headset. But it has 3.5mm audio jack and you can use a headset from a different manufacturer. 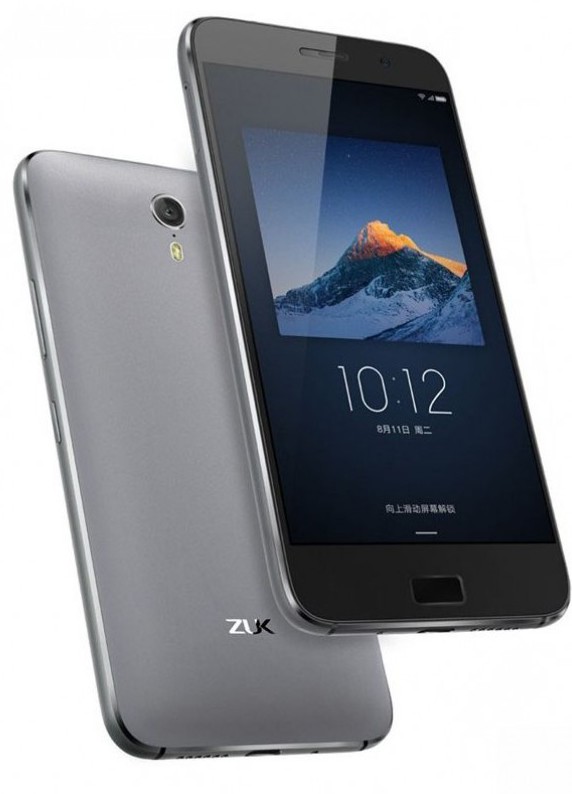 As I said, The design is similar, on the front and bottom to the iPhone 6s Plus. The ZUK Z1 feels great in the hand, it has just enough weight to make it feel sturdy, but not heavy. This is due to the aluminum frame. The frame runs around the edge of the phone and is seen between the screen and back cover. It would have been nice to have a unibody design. The edge of the frame is a bit curved, like the one used by Apple.

It has a 5.5″ display with a physical home button that is also the fingerprint sensor. Above the display, there is a speaker and to the right the front facing a secondary camera. Under the display, we find the rectangular home button. The home button is flanked by two virtual buttons, App switcher and back. On the bottom side, there is a USB Type-C port, a microphone, and a speaker grill. The left side features the dual nano-SIM tray with a hole for the ejection tool. On the right, we have the volume rocker and the power button. The 3.5mm jack sits at the top.

The back of the ZUK Z1 is made from a hard plastic with. It offers a good grip but doesn’t have the same premium feel as metal. You have to be careful with it because plastic is easier to damage and the ZUK’s Z1 back is non-removable. The back panel houses the 13 MP main camera, a secondary microphone, and a dual LED flash. The flash and camera lenses have a nice chrome ring around the edge. 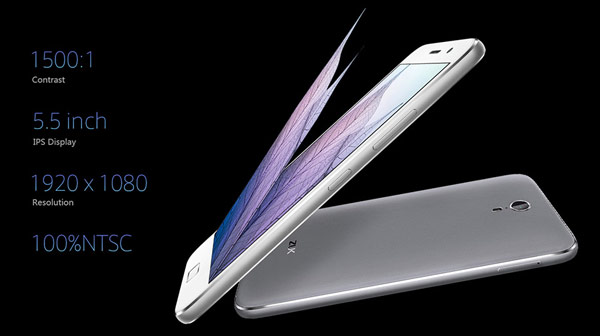 The ZUK Z1 is equipped with a 5.5″ screen, has a resolution of 1080×1920 with a pixel density of 401. Considering the size of the screen the phone has a great balance between image quality and power usage. The image delivered on this screen is very clear and sharp, the colors are reproduced fairly accurate and the brightness scored 396 nits. There are several hardware tweaks that improve the ZUK’s Z1 display. Outdoor Mode adapts the brightness to the ambient light and makes the screen legible even in sunny conditions.

Another cool feature is Live Display, this creates two presets of color temperature, one for the day and the other for the night. This way you can have a cold white during the day and a warmer, yellowish white at night. The change can be automatic or manual and the idea is that the cold, blue-white has a negative effect on our sleeping cycle.

At the heart of ZUK Z1 sits a Snapdragon 801. A very good SoC, it has an octa-core CPU clocked at 2.5 GHz. The chipset proved very capable on other devices since its launch, The main concern would be that the 801 is outdated when compared to newer models, like the 810. The differences are not that great if you’re not trying to play cutting edge games than you won’t feel a difference between the two chipsets. I personally haven’t encountered any problems regarding performance and web browsing is faster than on other budget phones, almost as fast as on the OnePlus Two.

The GPU works along side 3 GB of RAM, more than what most competitors have. This is a combination that makes the smartphone run smooth and apps don’t have to be refreshed as often. When it comes to storage space, the ZUK Z1 offers only one option, 64 GB internal memory with no external memory support. It is a bit unpleasant that we can’t choose between storage space variants or use a Micro-SD card, but to be realistic 64 GB is plenty of space for a normal use.

There is not much to say about the camera. The app is pretty intuitive, most featured and mods are put in an easily accessible place. The 13 MP main camera sensor, with optical stabilization, takes great pictures in good light, outside, but once you move indoors or the light becomes weaker you can see a decrees in the picture’s quality. This is to be expected on a budget phone when the price goes down, usually the camera suffers.

Another impressive hardware piece on the ZUK Z1 is the 4100 mAh battery. I see that Chinese phones come with big batteries, I don’t understand why other top companies don’t do the same. For me the power autonomy is one of the most important feature, all flagship phones should come with the most powerful battery. Seeing the battery level at 40% and thinking that you should charge the device shouldn’t be such an often occurrence.

For audio playback the ZUK Z1 has an app that relies on Google Play Music and balances very well offline music playback and audio streaming. Music can be saved in the cache memory when the phone is connected to Wi-Fi. The OS has an equalizer app called Audio FX that comes with multiple presets and a manual 5 band equalizer. Different settings are available when playing audio to the headphones, speaker or Bluetooth device. The speaker sounds good and the overall audio experience is above average.

ZUK Z1 runs on Cyanogen, an Android Lollipop based OS designed to improve performance and reliability when compered to other Android Devices. Cyanogen OS offers more customization options the the stock Android OS and comes with full Google suite. The OS allows extensive control over what each button does and the way you push it, short push, long or double tab. The experience offered by Cyanogen OS is very similar to what we get on a Nexus device, but with more customization options.

This great device brings a lot of nice features in an elegant design. It’s true that this budget phone offers a lot for the small price tag, but we still have to keep in mind that it’s in a different league than the industry’s flagships. While it mimics the appearance and might have a bigger battery, it could never take on a giant like Samsung or iPhone.

The design is very stylish, the metal frame gives a quality feel to the phone. The power bottom and volume rockers feel good, you get a nice feedback when pressing them and they make a solid click. It’s too bad I can’t say the same for the home button, it feels a bit off, it doesn’t give that satisfying quality feel when pressed. I’m not saying it doesn’t work well, it worked every time I used it and I never encountered an error when reading my fingerprint.

I’m glad to say that the ZUK Z1 did not let me down, the beautiful 5.5″ FHD display is a pleasure to look at, the chipset does a great job and 64 GB of memory are enough taking into consideration the slim OS. It is a bit surprising to see USB Type-C and the fingerprint censor on this type of budget phone. The most obvious downside is the camera, but as I said earlier, this is to be expected from a budget phone. The way I see things, the ZUK Z1 is a success and will put ZUK on the map. If they stick to their formula I’m sure that in the fallowing years we will have ZUK smartphones with better and better specs for a decent price tag.

I have always been eager to try out any gadget I could get my hands on. I became a tech journalist so that I could always be around technology and see the newest devices. I use gadgets every day to make my work and life easier. I have enough experience to know If a device is actually improving my activity, offers something useful or new. I will post my honest opinions and judge a device as objectively as I can.
@https://twitter.com/Colin27Anderson
Previous PS4- The Top- Selling New Generation Console Will Get Overwatch
Next UPDATE: World of Warcraft: Legion Trailer Revealed