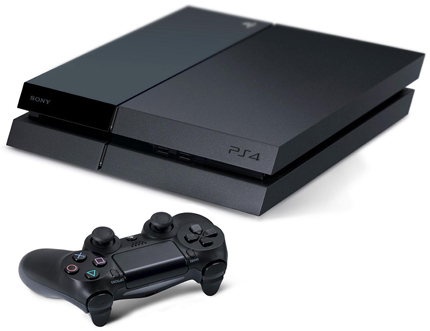 PS4- The Top- Selling New Generation Console Will Get Overwatch

The holiday season is just around the corner. Everyone is looking for new gadgets to purchase for their loved ones or for themselves. Gamers seem to focus their attention on the Sony PS4. According to the latest news shooter fans are the first to switch to PS4, but they are not the only fans of the console. Sony already shipped more than 29 million units all over the world and the numbers will definitely increase in the following period.  What better time is there for gadget sales than the holiday season?

The interest of customers in the PS4 console was further enhanced by the release of Owerwatch to consoles. Blizzard announced Overwatch for PCs last year and now they are bringing it to consoles too. As of today Overwatch, the game that will cost $60, will be available for preorders for PS4, Xbox One and PCs. This is not the only shooter game however that makes more and more gamers to turn towards the PS4. That is because Sony takes investment in shooter games for PS4 quite seriously. The company has exclusive deals for the Destiny, Star Wars Battlefront and Call of Duty: Black Ops III. Since these are three of the most sought and expected shooter games right now it’s no surprise that shooter fans have the tendency to switch to the PS4.

Besides the great shooters that are already available or will became available in the near future, Sony also has a lineup of  these cherished games for next year. PS4 users will be able to play Uncharted 4, Street Fighter V, and Horizon: Zero Dawn in 2016. Basically, the PS4 is turning into gamers’ heaven. Of course, this doesn’t mean that the Xbox One will be forgotten, it just means that for now gamers seem to prefer the PS4.

The PS4 is also more powerful than the Xbox One and gamers know this. We also have to mention that Sony knows how to popularize their product. Just check out the ad they prepared for the holiday season, if you don’t take our word for it. It presents the wonderful life of a PS4 player. There is no wonder that gamers switch to this particular console.

I have always been eager to try out any gadget I could get my hands on. I became a tech journalist so that I could always be around technology and see the newest devices. I use gadgets every day to make my work and life easier. I have enough experience to know If a device is actually improving my activity, offers something useful or new. I will post my honest opinions and judge a device as objectively as I can.
@https://twitter.com/Colin27Anderson
Previous 3RDi Wearable Camera Launches on Indiegogo
Next Lenovo ZUK Z1 – hands-on review