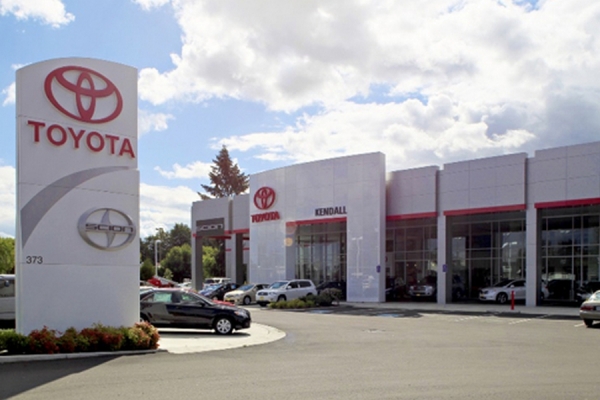 Carmakers seem to realize that in order to make their customers happy they need to be ahead of their times. They invest more and more in technology to make their cars easier to use and safer. It is now the turn of Toyota to take a big step in the direction of high- end technology. The Japanese carmaker stated that they are ready to establish an artificial intelligence research company. Toyota’s research company will be set in Silicon Valley. According to reports the Toyota Research Institution will begin to function in January 2016.

Toyota is taking research incredibly seriously. It was said that in the following five years period Toyota Research Institution will receive over $1 billion investments. So far the Japanese carmaker invested about $50 million for the establishment of the research institution. To be more accurate, there are two establishments. One of them is near Stanford, and the other one is located near MIT in Cambridge, Massachusetts. It seems that the main focus point of Toyota’s research will be artificial intelligence. Being set in an area where major tech giants already research artificial intelligence Toyota seems to become one of the major players on the AI field.

According to reports the goal of Toyota is to create self- driving cars. The $1 billion investment will be made in order to develop technology to make it possible for Toyota cars to be almost fully autonomous. This means that Toyota focuses primarily on enhancing safety features on their cars. After the risk of collision will be significantly reduced or even completely eliminated, Toyota will probably focus on making driving a more fun experience. Gil Pratt, the CEO of the Research Institution called the projected safety features the “guardian angel” that will protect Toyota drivers.

Artificial intelligence is a vast domain where there is a lot left to be discovered. The Toyota Research Institution will further help technology develop and this is a great thing. The $1 billion funding will surely be of great use. We expect to see the improvements in the Toyota cars in the next few years. We hope that the plans of Toyota will be fulfilled and artifical intelligence will make cars safer and more fun to drive.

I have always been eager to try out any gadget I could get my hands on. I became a tech journalist so that I could always be around technology and see the newest devices. I use gadgets every day to make my work and life easier. I have enough experience to know If a device is actually improving my activity, offers something useful or new. I will post my honest opinions and judge a device as objectively as I can.
@https://twitter.com/Colin27Anderson
Previous UPDATE: Warcraft: The Beginning Trailer Revealed
Next Reports Show Instagram Testing 3D Touch and Apple Pay Ads