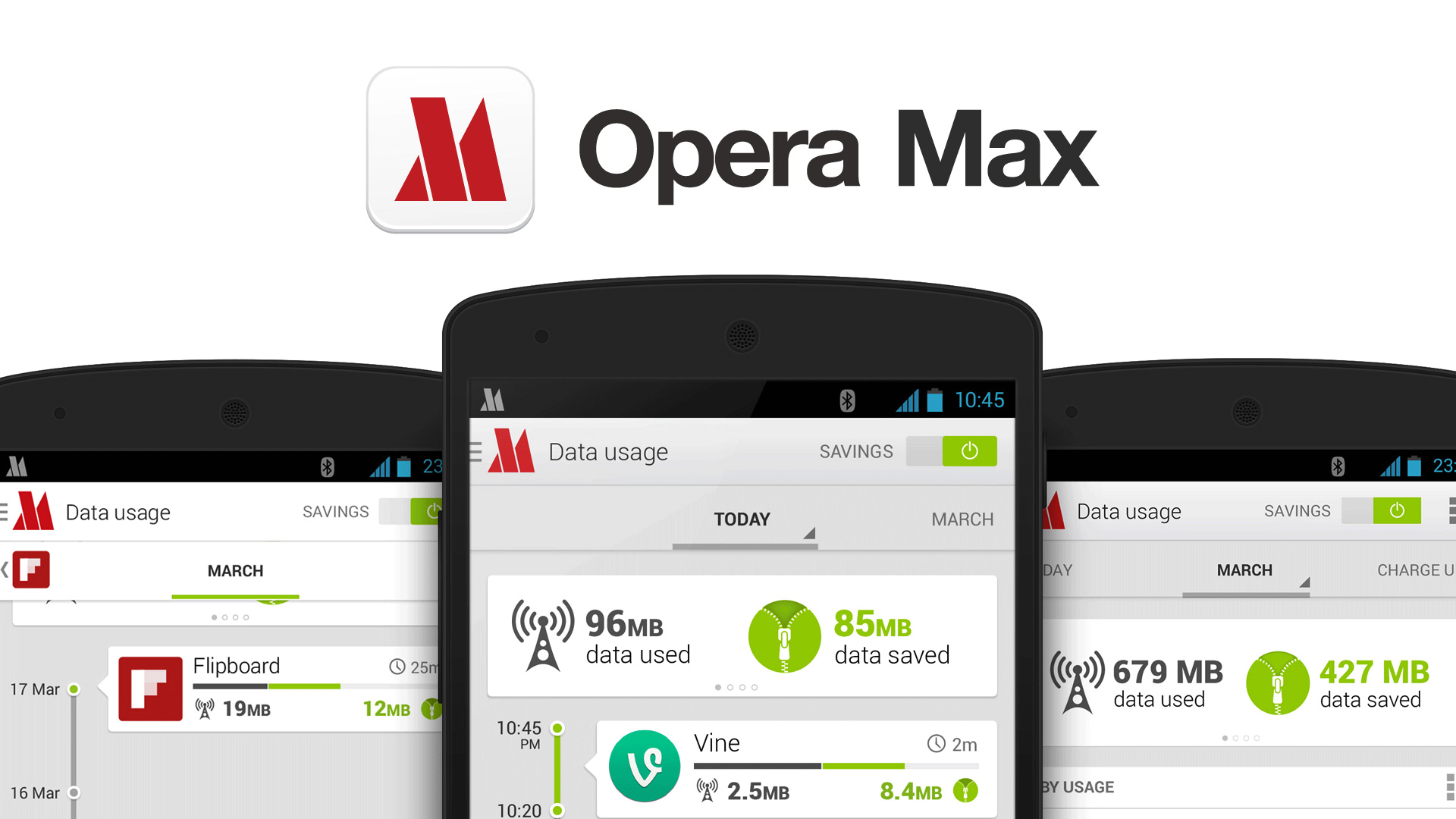 Every smartphone user that doesn’t have an unlimited data plan knows how important it is for websites to be as data- friendly as possible. Thankfully there are a number of data compression apps that web surfers can use in order to save some precious data on their plans. One of the most well known apps of this kind is the Opera Max. According to an announcement made by Opera , it seems that users will get the data- management app preinstalled on several smartphones manufactured by 14 OEMs. These include Samsung, Xiaomi, Acer and Oppo alongside less known brands like Micromax, Prestigio, Cherry Mobile, TWZ, Evercoss, Fly, Mobiistar, Symphony and Tecno.

According to the Norwegian browser maker, due to these new partnerships between Opera and the enumerated smartphone manufacturers Opera Max should get to approximately 100 million Android smartphones by 2017. Although it might seem as a far too optimistic number, if Opera sells its Max app well enough, the prediction might become reality. The Opera Max is definitely a useful app that will help users keep their data usage in line. Of course, the Opera Max means nothing to those who have an unlimited data plan, but it might be the solution to the problem of those who constantly use fore data than their plan allows them to. This of course means that they have to pay extra on their bill and this might turn into a major frustration. For these people the Opera Max will be a major help.

Basically the Opera Max data saving app, that was launched in August, compresses the images and videos that are on a website and optimizes  basic HTML and CSS. This means that mobile data consumption will be reduced when watching videos and streaming music. Opera Max also blocks apps that consume precious data in the background. According to opera the data- saving app reduces data consumption by up to 50 percent from most Android apps. The projected data saving is even more impressive with Instagram, Youtube and Netflix usage, where the Opera Max is supposed to reduce consumption by up to 60 percent.

If the data- managing app developed by Opera is really able to reduce data consumption as the browser maker says it does, it really could save users a whole lot of money they now pay for the data they use that is not included in their data plan. If you would like to have the Opera Max on your Android smartphone but you don’t want to purchase a new one, that comes with Opera Max integrated, you can download the app from Google Play.

I have always been eager to try out any gadget I could get my hands on. I became a tech journalist so that I could always be around technology and see the newest devices. I use gadgets every day to make my work and life easier. I have enough experience to know If a device is actually improving my activity, offers something useful or new. I will post my honest opinions and judge a device as objectively as I can.
@https://twitter.com/Colin27Anderson
Previous Snapchat becomes major competitor of Facebook. It tripled its video traffic.
Next Xiaomi Mi Band Pulse- The $16 fitness tracker now has a heart- rate monitor