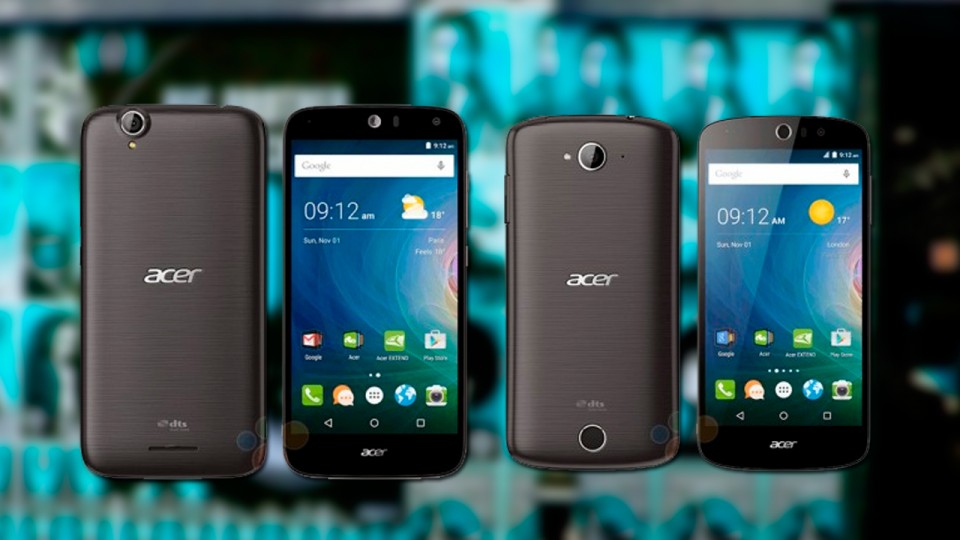 Acer plans on reentering the Indian smartphone market, and for this purpose they launched two brand new dual SIM smartphones, the Acer Liquid Z530 and the Z630 last week. By taking this step, Acer hopes to consolidate its business on the Indian market and probably try to resurface globally also. The two recently released smartphones, the Liquid Z530 and the Z630 are exclusive to India’s Flipkart and will be available for Rs 6,999 and Rs 10,999 respectively. While the Z530 became available immediately after Acer announced the new budget- friendly smartphones, the Z630 will only be available via flash sale on November 12, which is why the registration for this device will close on November 11.

The Acer Z530 sports a 5- inch IPS display with HD resolution and 294 ppi pixel density, which is quite all right for a budget- friendly smartphone and it runs on Android Lollipop. The Z530 is powered by a Quad-core 1.3GHz Mediatek MT6735 processor and includes 2 GB of RAM and 16 GB internal storage which is extendable by up to 32 GB due to its card slot. These aren’t the specs of a flagship device but they are certainly more than enough for a mid- ranger like the Acer Liquid Z530. What differentiates the Liquid Z530 from other smartphones that were recently released is that it doesn’t come with a higher resolution back camera and a lower res front facing one, instead it sports two 8 MP cameras, so the selfies taken with the Z530 will be as great as the photos taken with its main camera. The 2420 mAh battery is also a nice addition to the Acer Liquid Z530, ensuring a good battery life for the device.

The Acer Liquid Z630 is a bigger and more powerful device than the Z530, justifying the price difference between them. It has a 5.5- inch display with 720p resolution and it is incredibly thin for its size, being only 8.9 mm thick. It is powered by the same Quad-core 1.3GHz Mediatek MT6735 processor than the Acer Liquid 530, but it includes an additional 1 GB of RAM and it comes with 32 GB internal storage. Just like its smaller sized sibling, the Z630 features two 8 MP cameras, located on the front and on the back of the smartphone and it also runs on Android Lollipop with Liquid UI which offers floating apps like calculator and notes. Both smartphone models support 4G LTE bands in India.

Both devices seem to be quite appealing, but if you are not in India you will have to wait for them a little longer, or order them from there. For now, both the Z530 and the Z630 are only available in India and there was no official statement made as to the date when they will be released elsewhere in the world.

I have always been eager to try out any gadget I could get my hands on. I became a tech journalist so that I could always be around technology and see the newest devices. I use gadgets every day to make my work and life easier. I have enough experience to know If a device is actually improving my activity, offers something useful or new. I will post my honest opinions and judge a device as objectively as I can.
@https://twitter.com/Colin27Anderson
Previous Barack Obama’s “very own” Facebook page raises awareness about environmental issues
Next Tag Heuer Connected- The luxury Android smartwatch costs $1500