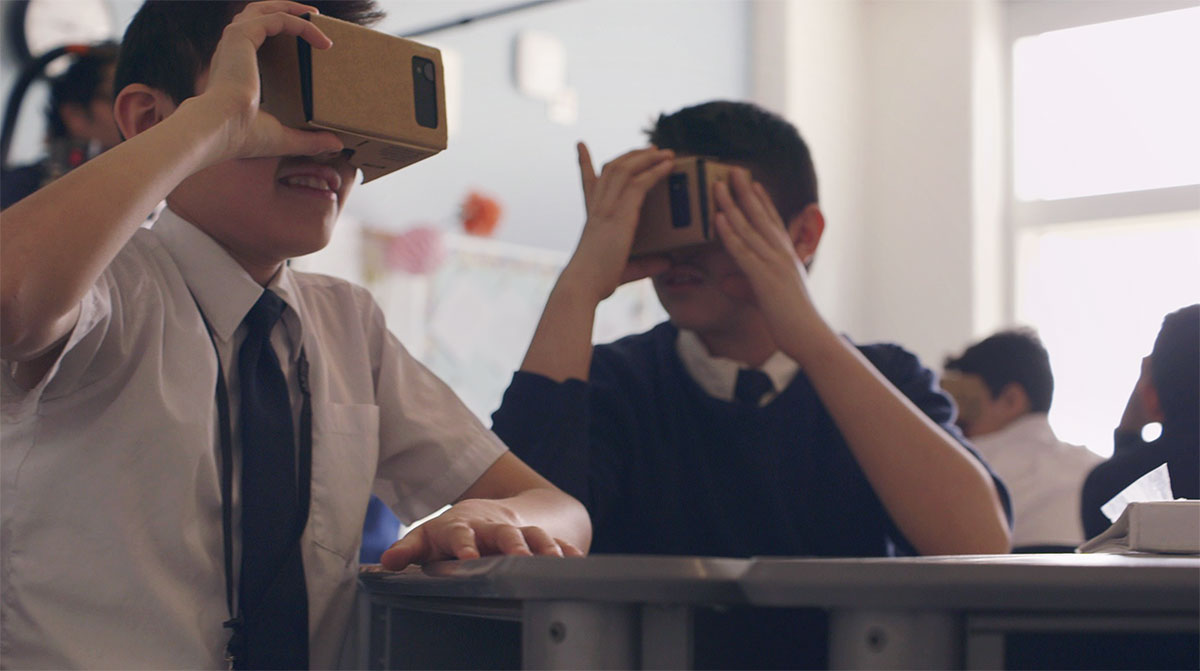 Google’s Expeditions VR Platform Is Extending to Another 15 Cities

Google launched their Expeditions Pioneer Program in September and ore than 100,000 students already got the chance to use Google’s VR kit for students. Google’s Expeditions Program consists in teams of the company visiting schools around the world, starting with the United States but including also countries like  Australia, New Zealand, the United Kingdom, Brazil, Canada, Singapore and Denmark. While a number of schools were already visited by the Google Team, now the Expeditions Program will expand to several cities, including Alexandria, Baltimore, Cincinnati, Detroit, Indianapolis, Las Vegas, New Orleans, Orlando, Phoenix, Portland, Salt Lake City and Washington DC. The Expeditions Program will also arrive to Canada, Denmark and Singapore in the near future.

The teams from Google will not go empty handed to visit these schools, instead they will bring with them the Expeditions kit that consists in 30 smartphones and Google Cardboard viewers as well as a tablet for the teachers of the visited classes. What are these devices for, you ask? The Expeditions kit was created for students to explore more than 120 locations including caves, coral reefs, the outer space, the Moon, Mars, Antarctica and rain forests through VR. The Expeditions Program definitely offers student the experience of their life by making it possible for them to see with the aid of the VR devices what these places look like. Learning was never as fun as it is with Google’s Expeditions program and its VR platform.

The best thing is that the Expeditions Program offered by Google is free of all charges, getting to schools that couldn’t afford to offer this experience to their students. The Expeditions Program not only offers students the possibility to see what remote locations look like, it also changes the way students and teachers interact, making the experience more fun and useful for everyone. The Expeditions kit of course also offers teachers ways to organize field trips without having to leave the school, making the Program an incredibly intelligent and useful one.

Since the Expeditions Program seems to be a huge success we expect Google to further expand it in the past and possibly see VR kits in schools in the near future for education purposes. We must admit that we are a little bit upset that there weren’t Goggle VR headsets at our schools for us to go on these kind of field trips, but we are really thankful that Google thought of a way to make students enjoy the experience delivered by their VR gears.

I have always been eager to try out any gadget I could get my hands on. I became a tech journalist so that I could always be around technology and see the newest devices. I use gadgets every day to make my work and life easier. I have enough experience to know If a device is actually improving my activity, offers something useful or new. I will post my honest opinions and judge a device as objectively as I can.
@https://twitter.com/Colin27Anderson
Previous Nvidia GeForce Game Ready update – Giving players the best experience
Next Microsoft Lumia 950 to arrive in stores on November 20